Raibard enter the Dark Realm Of The Daylight 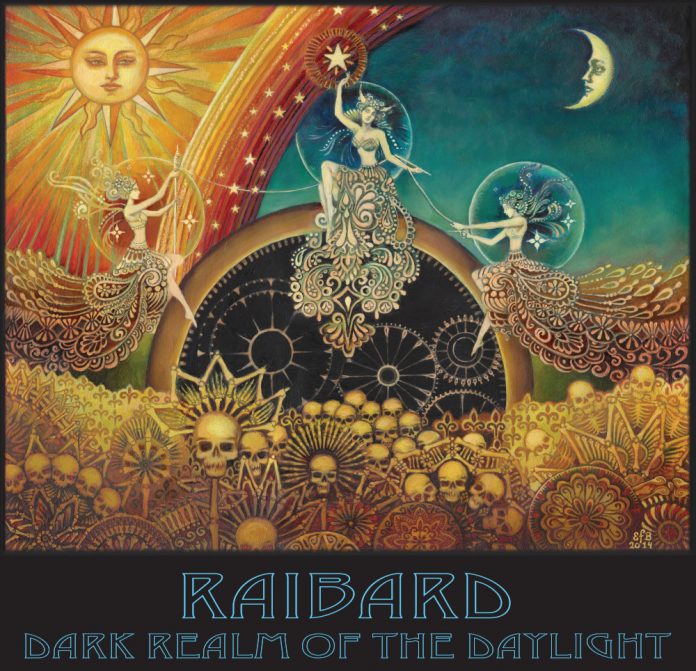 Based in Boston (USA), Raibard combine the talents of Daniel Gil on guitar and vocals, Greg Dallaris on bass and Phil Mackay on drums. They bring a diverse set of influences from their other projects with rock, metal, folk and jazz forming their backgrounds.

They have pooled these talents on a new album called Dark Realm of the Daylight. Its seven tracks and forty minutes begins with a fascinating mix of Cream, the Stones, Jethro Tull and even Roxy Music, if those bands came from Seattle. ‘Angel of the Clockwork’ has this and more with tempo changes and a strong bass line pinning it all down. The eight-minute symphony that is ‘Forever After’ brings a hint of Rush and Zappa with a simple complexity that will keep you guessing where it will go next…skilfully sewn together, the different sections compliment each other and always entertain. The folk side gets an outing on ‘Visions of Youth’ but in a way that you will approve of as electric guitars bring Creedence to the acoustic stylings, the drum patterns seem at odds with the melodies at first but, after a couple of listens, it makes total sense. ‘Walkin’ On’ with its gentle slide and chord work could be country but in the hands of these guys it is Brian Ferry sings Rush playing surf rock; sounds crazy perhaps, but give it a listen and you’ll be hooked on the diversity and colourful soundscapes. ‘To The Dawn’ will resonate as you try to get the dusty recesses or your mind to recall what this reminds you of. It’s a nice acoustic workout although the whistling is unnecessary for me.

A wholly entertaining album that has plenty to listen for and to and, whilst it may not be heavy, it has sufficient elements to satisfy most preferences.