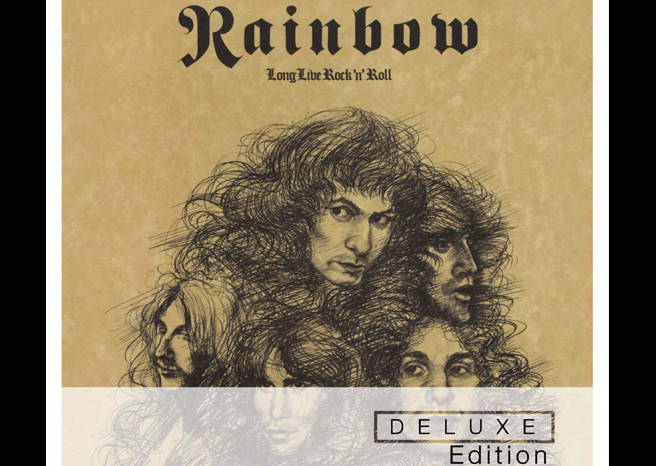 1978 was a strange time in music in the UK we had ABBA, The Bee Gees and Boney M releasing top selling albums keeping the ‘Disco’ feel alive, The Sex Pistols had already released and started the Punk revolution as artists like Gary Numan started making large splashes in the charts.In the world of rock the more successful artists told stories of broken relationships and had a very musical and public breakdown as Fleetwood Mac’s ‘Rumours’ topped the charts, Zeppelin had released their most patchy effort yet and Black Sabbath seemed to have imploded. 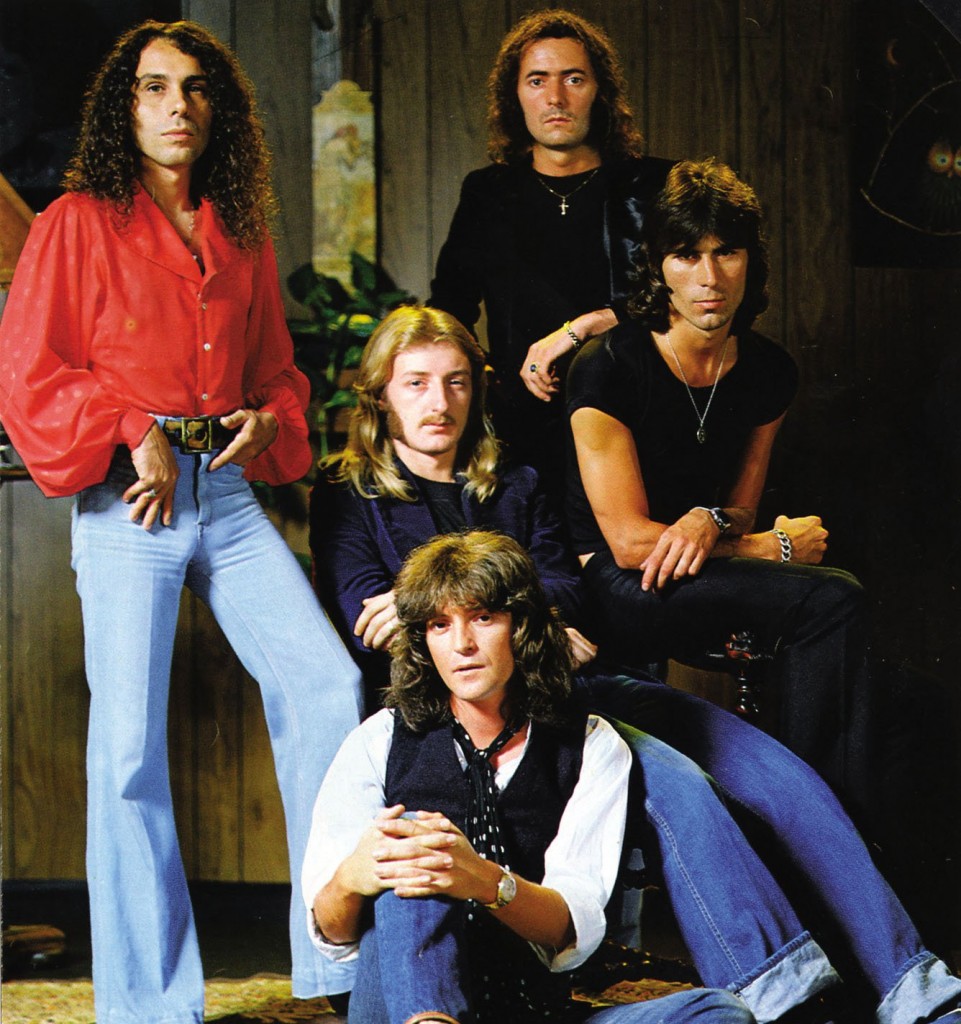 So how could Ritchie Blackmore and Ronnie Dio have any chance of following up 1976’s ‘Rising’? The album had almost finished it’s long journey to Platinum in the US and had had superlatives thrown all over it… how could they follow this success? Firstly Blackmore reshuffled his pack again chucking out Tom Carey on keyboards and Jimmy Bain on bass, instead he drafted in David Stone to take the duties of adding another layer with the keyboards and on bass? Although its listed as Bob Daisley he only plays on three tracks… no the main bassist is Blackmore himself much like Billy Corgan would do some fifteen or so year later.

Dio and Blackmore added even more instruments to the sound to feed the duo’s desire to create their classical feel, we have a Bavarian String Ensemble, a Viola, Cello and of course a flute… Combine this with Dio’s love of swords and sorcery and Blackmore’s very classical influenced playing and you have a good picture of the album is going to sound.

So on with the actual album which opens with the title track ‘Long Live Rock N Roll’ one of Rainbow’s signature tunes and chosen as the lead single back in ’78 ( it would creep inside the top 40.) Easily one of their most accessible songs and the combination of Dio’s soaring vocals and Blackmore’s crunching riff we have a song that has had countless covers but has never been bettered.

How can they top this explosive opener? Well it wouldn’t be with ‘Lady In The Lake’ in my opinion, although Blackmore’s chugging and consistent bass line is interesting and the chorus itself boasts a pleasing mixture of harmonies and keyboards it never fully develops beyond a song that reminds me of a musical thousand yard stare.

But the album picks itself off with a searing riff and a tight beat from the always consistent and missed Cozy Powell in ‘L.A Connection.’ Dio’s vocals and lyrics  grab your attention as he spits his seeming hatred to that much maligned part of the U.S, add that with a fantastic slide guitar solo and you’ve got one of the highlights of the album.

We then are treated to what can only be described as a tribute to Logans Run… the keyboard solo to start ‘Gates Of Babylon’ is very dated indeed but don’t let that stop you listening to this song as this is the pinnacle of the album as Dio’s lyrics mix wonderfully with Blackmore’s ear for a great swirling riff and some fantastic work by David Stone on keyboards. The song feels incredibly epic, close your eyes and you feel like your being transported to Rainbows collective vision.

This is then followed by ‘Kill The King’ a song that originally started as a live song and was then flushed fully out for this recording. Aggressive and positive, it makes me think that perhaps Blackmore was aware that the band needed to match some of the aggression that was being exploited by the punk movement in ’78. The song has a masterful solo in the middle as Blackmore shows his dexterity and the effectiveness of his preference of using his fingers rather than a pick.

We are then treated to Blackmore overload as ‘The Shed’ starts with a over a minute of the axeman going through the scales before Powell kicks in and then a riff that is matched by Dio’s claims that he is ‘steel.’ The Shed is a touch of filler and yet more soloing by Dio maybe a bit much but its not a terrible song.

‘Sensitive To Light’ is full of Powell’s splashes and his drums really are shown off  and there is a nice break down towards the middle of the song where Blackmore’s stratocaster wails mournfully but this is very similar to The Shed in that although not a terrible track this is hardly something that you will skip to in the album.

We then finish with ‘Rainbow Eyes’ with a riff that harks back to Jimi Hendrix’s Hey Joe and then builds along with Dio using a softer more stripped back approach to his vocals and a flute to back him up. Its hard not to think of Zeppelins ‘Stairway To Heaven’ when listening to Dio lament about his lovers ‘rainbows eyes’ but that would be disrespectful to genuine emotion and sorrow that Dio sings with and the arrangement of Blackmore’s guitar.

This reissue is then adorned with several ‘rough cuts’  a couple ofrehearsal versions and then live versions from The Don Kirschner Show. This is where the super fan would really appreciate this album as you see how good Martin Birch is at making that band sound amazing. The rough cuts are interesting but hardly add more to the finished takes, although the energy on the take of ‘The Lady In Lake’ does make it slightly better than the finished version and the bare version of ‘Rainbow Eyes’ has even more meaning since Dio’s tragic passing.

This album overall may not be quite as great as ‘Rising’ since there are some filler towards the end but Rainbow’s filler is still better than half the bands that were active in this period and streets ahead of any sounds alike like Wolfmother. ‘Long Live Rock N Roll’ is braver and stronger than any of Rainbows future output and deserves the phrase ‘classic.’