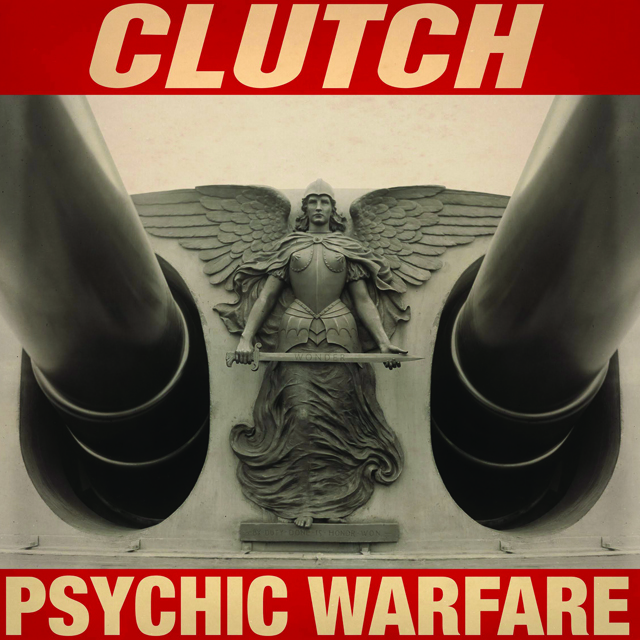 Clutch are now a much loved institution that rank among the very best of the rock scene. From an album output that most bands would die for, to being one of the best live bands around. There is a very good reason to rate Clutch so highly and to be drooling in anticipation of any new material. 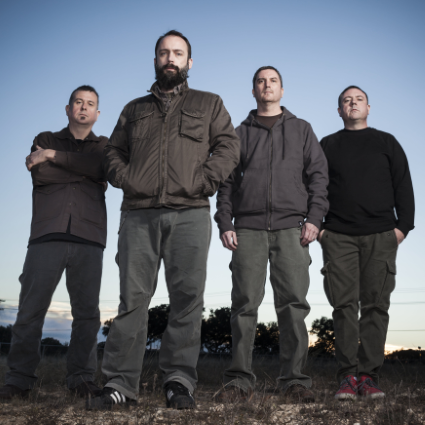 When you boil it down the big draw around Clutch is Neil Fallon’s vocals. They are essentially what sets Clutch out from other bands. His voice has always being commanding and towering over everything they do. As Clutch have progressed through their career his vocals have become more & more prominent and the focus of their musical output. Fallon’s vocal delivery as expected now is nothing short of awesome, whipping up his lyrical tales like a preacher at a demented mass. So in that respect Psychic Warfare is a bona-fide hit and doesn’t disappoint.

But and it’s a massive BUT, the focus of the music being there to purely supplement the vocals has an impact on the longevity of the album. In fact the album sadly starts to wear thin very soon upon repeat listens. This is generally a common issue with a musical body where the lyrics and vocal delivery is the focus. For the appeal of vocals are immediate to the listener and therefore offers very little to discover after repeat listens. That’s when the music behind the vocals has to be engaging well thought out and of course superbly written. This is where Psychic Warfare falls flat with a detrimental effect on the album. The music behind Fallon’s vocals is simply far too flat and one dimensional all too often.

Don’t get me wrong there is a great deal of energy captured on record. This makes the album immediately satisfying and enjoyable upon the first listen. However unlike previous albums the killer hooks that Clutch are so well loved for are few and far between this time round. Stepping away from Earth Rocker’s psychedelic vibe to a more straight forward almost punk approach on songs feels like a step back. Where Earth Rocker’s was multi layered and more revealing with each listen, Psychic Warfare simply lacks any sort of depth.

When Clutch does get it right on this album the results are nothing sort of stunning. Be it the lead single ‘X-Ray Vision’ or the more restrained western vibe of ‘Our Lady Electric’. These are songs that truly show what fantastic and dynamic song writers they can be, unfortunately it just does not happen enough.

Fans of Clutch will undoubtedly lap up Psychic Warfare and hail it as a masterpiece, for new comers to the band it is instantly accessible. However it seems that the more musically engaging era of Blast Tyrant and Pure Rock Fury has long gone. All bands should evolve and Clutch have evolved and now found the sound and vibe that is right for where they are at, its just a shame it is such a forgettable affair.

For Fans Of: Down, Orange Goblin, Kyuss, Red Rang.