Review: Converge – The Dusk In Us 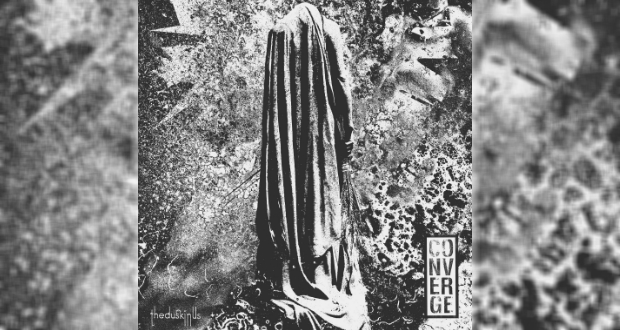 Trying to capture the power of Converge in mere words is a tough task. They are a million different things, and nearly every single one of them is challenging and complex. They’re extreme and yet beautiful. Heavy and yet light. And while many of their peers struggle to deal with old age they have nailed their evolution. They’re adapting to a world that is very different from the one they started out in 27 years ago.

Where you can begin to understand them is in their music, and The Dusk In Us is a good starting point. Take ‘A Single Tear‘ for example. On the one hand, it’s a brutal slab of metalcore with a big shout-along chorus. But strip that back and look deeper and you find the beauty at its heart. It’s a reflection on becoming a parent and the overwhelming emotion that brings with it. ‘When I held you for the first time, I knew I had to survive.’

It’s these moments of tension between differing ideas that defines Converge’s music. ‘Arkhipov Calm’ is another example. Vasili Arkhipov was a Soviet officer on a B-59 loaded with nuclear explosives. When they believed themselves under attack from an American Destroyer, their captain looked to respond with said nuclear weapons. The world can only be thankful that Arkhipov’s vote prevented him from doing so and therefore changed the course of human history. That that story can be referenced in a song as frantic and unhinged as ‘Arkhipov Calm’ says it all. Bannon can make words like ‘it’s the wars that we don’t fight that keeps love alive’ seem all the more pertinent when delivered with a scream.

It’s not all brutality, though, and Converge have been inspired by their recent Blood Moon shows. The title track sees them strip it all back. Yet, it’s no less dark than the heaviest thing on this album. It’s melancholic and bleak and asks us ‘what does the future hold if we’re running low on health and hope?’

Five years on from the release of their last album Converge sound as fresh and relevant as they ever have. It is music to lose yourself in, and every listen will unlock a bit more of the puzzle that is The Dusk In Us. It’s not always going to be the easiest of listens, but if you give them your time they will reward it.