Review: Demise Of The Crown – Self-Titled 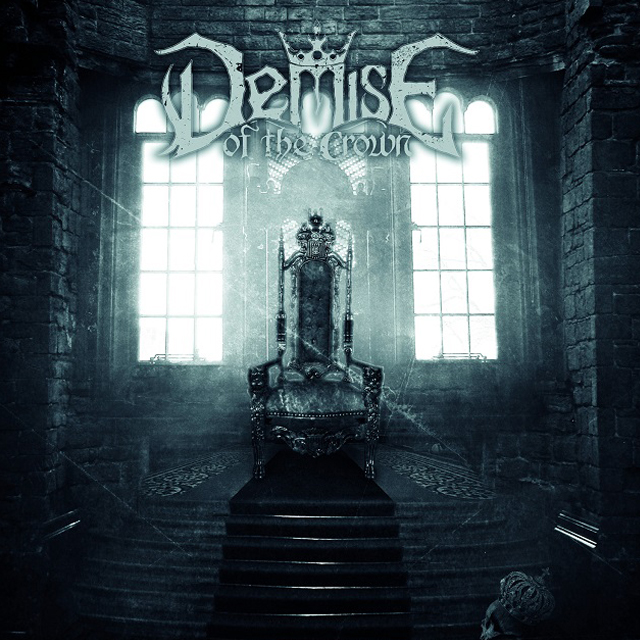 According to Demise of The Crown, ‘death’ is a basic human emotion. Of this, I was not aware. Their self-description on Facebook reads like a sommelier writes about wine. Having said that, they are seemingly doing quite well for themselves, having performed with bands like Hellyeah to 3 Inches of Blood.

The vocals [by Darren Beadman] are a mix between the chorus of ‘Regenerated’ by Biomechanical and ZP Theart of the original Dragonforce line-up. The guitar solo in the song ‘Human Denial’ is very reminiscent of a Slash solo in the Guns ‘n Roses days.   If I’m honest, with a name like ‘Demise of The Crown’ I was expecting more of a thrash-metally sound. Power metal isn’t something I have a huge amount of knowledge about, but this band seem to have a sound that’s taken an influence from every rock/metal genre since the seventies and worked it into their songs. I’ve been listening to this self-titled album for five days now. On day one I didn’t really get it. Now, five days on, I am more appreciative of what they’re doing and ‘get it’ a little more.  No two songs sound the same, ranging from immediately heavier songs – like ‘Human Denial’ – to more 80’s rock like ‘Don’t Worry’ which is a lot more melodic style to it.

‘Save Me‘ is a little more reminiscent of the earlier days of Avenged Sevenfold.   As I said previously, the Demise of The Crown draw on a huge range of bands from over the decades, each of their songs have a lot styles all going on and the songs can fluctuate as they go on, but it works. It. Works. It’s not a journey through the album but a journey through each individual track. It’s interesting, it’s skilled and maybe it’s why I maybe haven’t been able to fully immerse myself in it yet.

In a world where bands tend to change their sound or direction every few years with a new album, these fellas have stayed clear of that and you get a real feel that they’ve really thought about what they’ve written and how it’s going to be constructed. Perhaps in another five days I’ll be salivating over them!   This montreal band has had their self-titled debut album released to the world since March 4th. If you’re a fan of all music, please check it out. If you like to stick to one or two genres [let’s assume one of them isn’t power metal…] then this band probably are not for you.