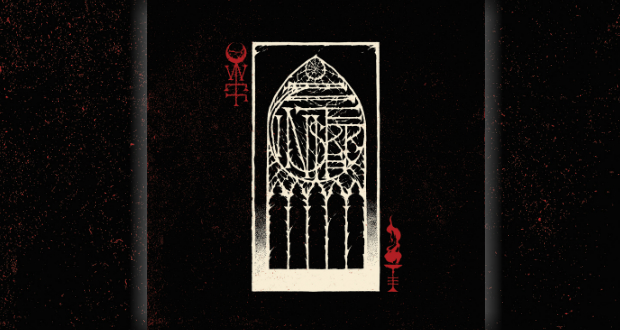 Oh the awesome German accent comes from the speakers along with a strange doomy sound and then simply explodes into a head decapitating savagery! Living up to its title ‘Departure’ or if you prefer ‘Aufbruch’ – but you can’t go anywhere until you have been completely mauled by the typically insane screech and out of this world musical composition that will leave you astounded!

There is a lot going on in this EP, it starts with doom and gloom, it has a black metal feel that surrounds it and some sad lyrics as in ‘Ein Letzter Tanz’ and for those unfortunate not to understand Deutsch means ‘a last dance’ it is an oppressive track that will no doubt leave you feeling glum.

‘Skepsis Part I’ is a flamboyant magnitude of sounds that go all out to prod you in the right direction if you enjoy something meaty and harsh! It is a very substantial track that leaves no stone unturned and be as sceptical as you like. The second part to this track ‘Skepsis Part II’ will make your hair either curl or fall out altogether as it adapts to a demonic brush with the spiritual world as there can be nothing like this in the real world. Its blackened roots spread like a vicious virus and will consume all in seconds.

The final track ‘Finisterre’ is another back biting bit of black metal that takes a short while to come into true focus but when it does it isn’t gloomy or doomy it is good old head walloping stuff that is catchy as and the vocals boom intensely in what I would call a black metal framework.

It is a very interesting EP that allows for a lot of head mashing creativity and heavily influenced by black metal in my opinion so should not just be regarded as metal – this EP has a lot of balls and believe me when I say they use them to their fullest capacity.

It must be rewarding doing vocals on this level without coughing or choking – but Nikita Kamprad makes the whole affair seem so simple as the final track slows to its finish it becomes apparent that for a short while they are returning to their doom roots but a surprise is in store as it suddenly explodes into a furious ending but its sound is sophisticated, spellbinding and definitely, so brutally intense.