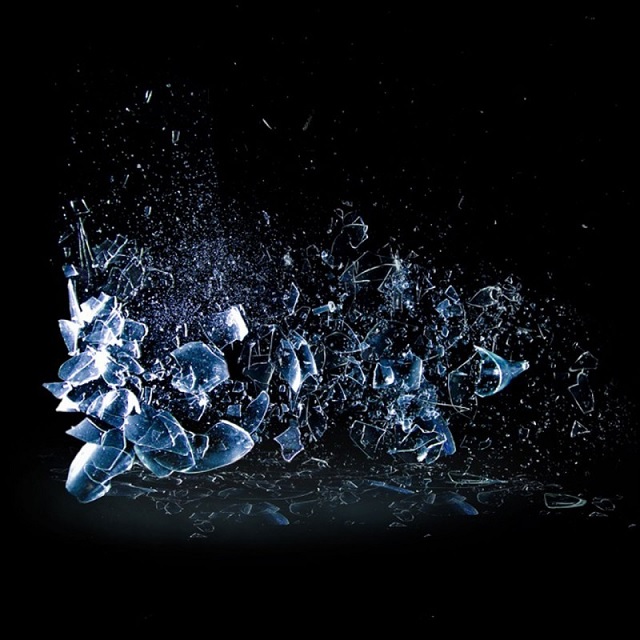 Dillinger Escape Plan are calling it a day. That news should signal a national day of mourning and yet to the mainstream; it will mean nothing. They don’t understand that a band who have more ideas in one song that most acts have in a career are giving it up. However, it is so like them to do this, to go out with one final album, while they are still on top of the game and leave us all begging for more.

And what a final album it is too. Dissociation is a timely reminder that Dillinger Escape Plan are better than everyone else. I mean how many bands can you name that would have the balls to drop a song like ‘Wanting Not So Much To As To’ with its blend of spiky riffs and ear-splitting chaos juxtaposed with calm spoken-word sections. Not only that, but they go on to follow it up with ‘Fugue’, a strange electronic instrumental that leaves you grasping for what exactly it is.

Which is all but a taster of the kind of music that Dillinger can apparently unleash at the drop of a hat. ‘Low Feels Blvd’ goes from nihilistic screeching to cool jazz, and you could play ‘Symptom of Terminal Illness’ to your mum. She’d feel a bit unsettled by its creepy nature, but she wouldn’t be asking you to shut off that awful racket.

Every element of this band is on form here. From Greg Puciato’s vocals which range from ‘Limerent Death’ when his screams wouldn’t sound out of place in a horror film to the slow statements that close out ‘Surrogate’. Then there is the speed of the jabbing riffs on ‘Honey Suckle’ which surely prove that Ben Weinman is super human while drummer Billy Rymer must be closer to a ball of sweat than a person after playing these songs. You couldn’t pull an Axl/DC with this band, remove one element and it wouldn’t be the same.

Dillinger Escape Plan will be missed. Even if you are the kind of mentalist who doesn’t like their music, you have to at the very least respect a band who has so little care for the rules. They have done things their way and created some incredible music. Let’s just be glad that we are the lucky few who got to live through this band and the legacy they will leave behind.