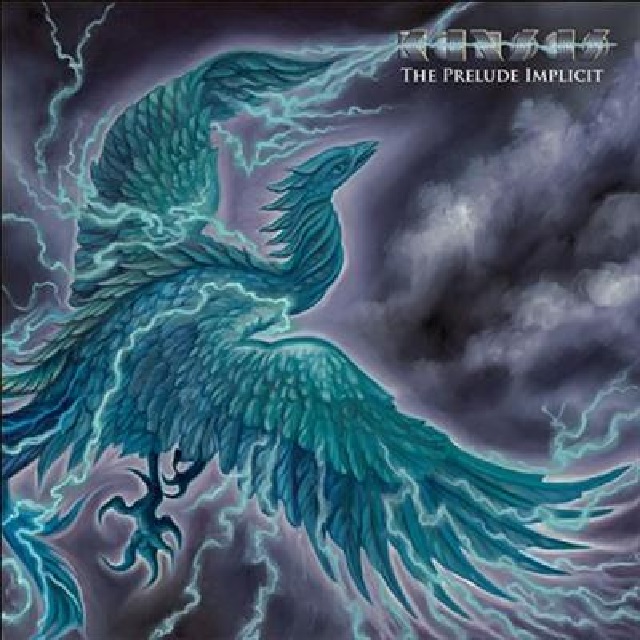 15 albums down the road, a tinkling piano over the Celtic heartbeat that is ‘With This Heart’  acts as overture to The Prelude Implicit, the first studio album Kansas have released in sixteen years. Despite expressions of love and devotion expressed there’s an underlying melancholy to it. Such thoughts are case aside immediately after as adventurous optimism takes shape musically with guitars and organ probing and explore over the solid AOR structure of ‘Visibility Zero’, becoming all the more progressive as David Ragsdale’s violin presides empathically, picking and scraping strings, with vocalist Ronnie Platt pulling in as good a Lou Gramm delivery as he does a vintage Steve Walsh.

The overall white doo wop flavour of ‘Unsung Heroes’ may be more like something Journey might have produced during their hit single period until you take heed of the direction this album is heading lyrically. There’s a heavy blues breakdown as Zak Rizvi and Richard Williams’ guitars scream out and riff like Blackmore of old in ‘Rhythm In the Spirit’, one of the pair pulling out an all too short neck-wrangling solo, the pair then letting acoustics pick out notes while Ragsdale’s violin prevails on ‘Refugee’, the vocals convincing on a topic that could so easily have come across as insipid preaching. Even so, the sense of menace felt on the horizon during the song’s fading moments is ominous. Regardless, the joyous prog rock procession of ‘Voyage of Eight Eighteen’ lifts the listener’s spirits, the pace slowing as its narrative unfolds, lead instruments embellishing the journey then becoming all the harder and more florid in a tempest of sound. That a safe harbour is found is intimated as its closing moments echo fragments of ‘A Glimpse of Home’ from 1979’s Monolith.

The hard thrashing blues machismo prog of ‘Camouflage’ again bears lyrical reflection while bass player Billy Greer takes lead vocals on a trip down memory lane for the bouncy compelling sing along of ‘Summer’. ‘Crowded Isolation’ returns us to more epic movements, held together by a dandy cut and thrust of a guitar riff, and don’t go make a cup of tea and miss the bubbling synthesiser that squeaks out into a short burst of solo.  Closing with the slow anthemic progressive instrumental of ’Section 60’ original member Phil Ehart rolls out a military beat during its closing moments, a tribute to Arlington National Cemetery, where American military who’ve died serving abroad are laid to rest.

Throughout The Prelude Implicit there is a sense of cautious but steadfast of musical exploration. Perhaps more profound, are some of the lyrics that populate a number of these songs. There is introspection, then reflection, the gathering of dreams of the past and the rekindling them as being worthwhile to carry on and give hope and a promise of what the American dream can be. One of Kansas’ great strengths in the past has been in their painting aural pictures that evoke such feelings of warmth beyond present hardships, and for a line-up that only features two of its original line-up this album succeeds in returning Kansas back to their classic sound while having something valid to express and share in this contemporary world.