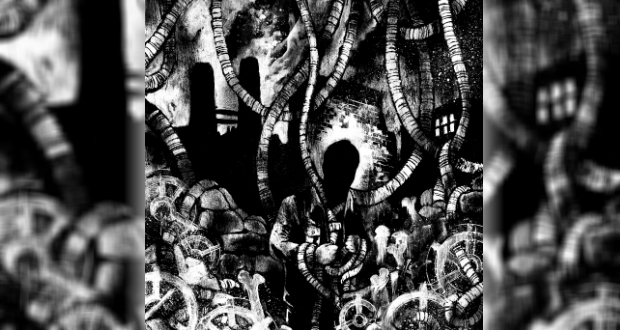 Typical grindcore that will eat you alive and only lasts a few minutes for you to get your lugholes round at times, but doesn’t everyone like grindcore? Maybe not, it is very eye opening and jaw dropping the first time you experience it but seen live there is no going back – the anger, the hatred is all mixed into the tracks and it flows into people watching who are unaware of what it is doing to them. I have seen a few grindcore bands in my time and felt the mood swings from normal to extreme volatile aggression as the music hits like a baseball bat and yet I don’t want to kill anyone, but I want to express the emotion the music puts me through. Like with most grindcore bands their tracks are shorter than an Atheists prayer and have rather disturbing and or funny track titles but always played seriously and to the very core of their being.

With grindcore you always get a lot of tracks to review but they make it difficult as the track you like sometimes only last a few seconds and then they leave you in this kind of limbo world where you have to play the track again or just move on to see how long the other ones last. No idea why this short track feature occurred, maybe singing in that growling style is hard to do for the normal width of a track – I know I couldn’t do it without coughing my lungs up so maybe that’s why, or it could be the band want to give quantity for people’s money, maybe one day I will find out, but for now I need to focus.

The bands album cover is as weird as you would expect, but leaves a lot for the mind to process. Depicting a man in shadow being attacked by some strange looking sort of snake like things that have already bound his hands, difficult to tell whether he is outside or inside judging by the buildings in darkness it could be outside. He is clearly being controlled by these creatures, making it look quite disturbing. There are some discs which say to me he is trapped somewhere strange, and there are a few bones in the picture which also suggests these snake like creatures are going to have him for breakfast!