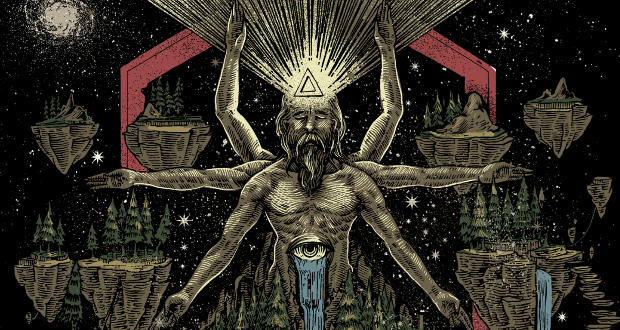 The reason I picked this album was for a few reasons actually first of all their name, Faces in the Bog, conjured up a lot of strange imagery. Secondly the description: “A gruelling, harrowing, disturbing yet fulfilling album” and the title of the band’s 7 track E.P Ego Death. So with all that in mind it was a no-brainer and some things like that you just have to check out for yourself, and so far so good, it is definitely soaked in sludge for sure as ‘Precipice’ reaps havoc on the ears.

‘Drifter in the Abbey’ literally sends chills down your spine with its heavy and spontaneous groove. The vocals are abhorrent and chilling but great to hear in an acid soaked sludge dominated encounter. Oh yes this definitely fulfils all your most twisted and evil thoughts all in one go!

‘Slow Burn’ is exactly what it says but the vocals take on a more mainstream presence which doesn’t do it for me – although Mark doesn’t let me down as in places and briefly that screech is once again resurrected to its limits, but not a song I would listen to over and over again much preferring Drifter in the Abbey.

‘The Serpent and the Dagger’ is a twisted combination of heavy doom and sludge reminding us of how a snake makes its way to its prey sneakily on its belly with its tongue sliding in and out of its mouth. Although the serpent is silent this track is harrowing but the vocals once more reveal a more normal mainstream style letting it down somewhat.

‘Ego death’ – come on guys not got all night! Oh well, this is not what I expected at all.

‘The Weaver’ kicks with vengeance and wakes the slumbering reviewer from the previous track where not much was happening to a slight lull before the vehemence attacks the ears but then returns to a gloomy side however still quite entertaining.

‘Blue Lotus’ waiting with anticipation at what will be thrown at me next and so far that is a bass lick with some background noise that is hardly gruelling, harrowing or disturbing.

In places this E.P really excels and then it has its disappointing moments and when they strike they are extremely disappointing. I really was expecting a lot more from Faces in the Bog but think it is time to get out the disinfectant.

Faces of the Bog’s Ego Death will be released via DHU Records on 22nd September 2017.