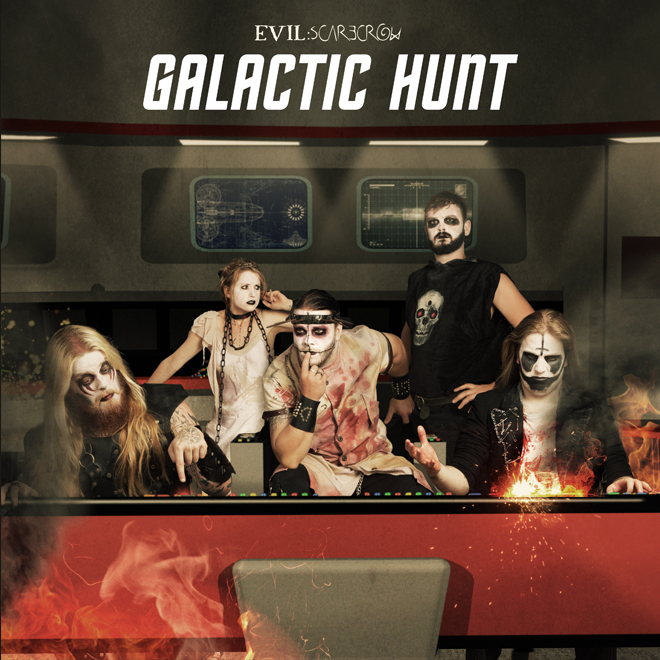 ‘Glatactic Hunt‘ is the debut album from Evil Scarecrow setting out to their vision of metal. Before I talk about the album I should introduce the members of the band: Dr Rabid Hell , Brother Dimitri Pain, Kraven Morrdeth, Princess Luxury and Ringmaster Monty Blitz Fist. Evil Scarecrow was born out of the ashes Nottingham Black Metal Band The Children of Thor.

‘Excelsior Mali Formidi’ (Rise of the Scarecrow) starts the album in possibly the best way to start a debut metal album! – with a full choir. If you’re thinking how did he know what this translated as I Googled it, it would have taken years to learn Latin. Then rise kicks in to bring the full metal prowess of the band to bare on your ears.

‘Space Dementia’ gives a taste of Evil Scarecrow’s melodic side where most bands would have chosen to have kept the momentum going. The only way I can describe it is as very twisted and metal version of David Bowies “Major Tom”. Giving you the chance to appreciate a brilliant space age guitar solo and the most hilarious thing I have heard in a metal song “My Sister I miss her, she looks a lot like Lister”.

‘Galactiucus’ shows the bands creditianal as serious musicians able to paint a picture of an Uber metal sounding galaxy. ‘Crabulon’ gives a whole new meaning the phrase Crab Core and is the stand out favourite track for myself. How many other metal band would have written a song about a giant robotic crustacean?

I feel that the best way for you to experience this 12 track master class by a serious metal band, is to go out and buy it! I know that Evil Scarecrow will divide opinion amongst metal fans much like Marmite but you can’t argue that a band that billed on the main stage of Bloodstock earlier this year are set to do great things.

I would love to see them get together with Tenacious D at some point in the future. As I said go out and get hold of a copy or I will get Evil Scarecrow to send the Crabulon after you. I give the album a five star rating , if you want to see the band will at the camden underworld on Saturday the 13th December to support Lawnmower Death.

Evil Scarecrow ‘Galactic Hunt’ is out now via DeadBox Records! 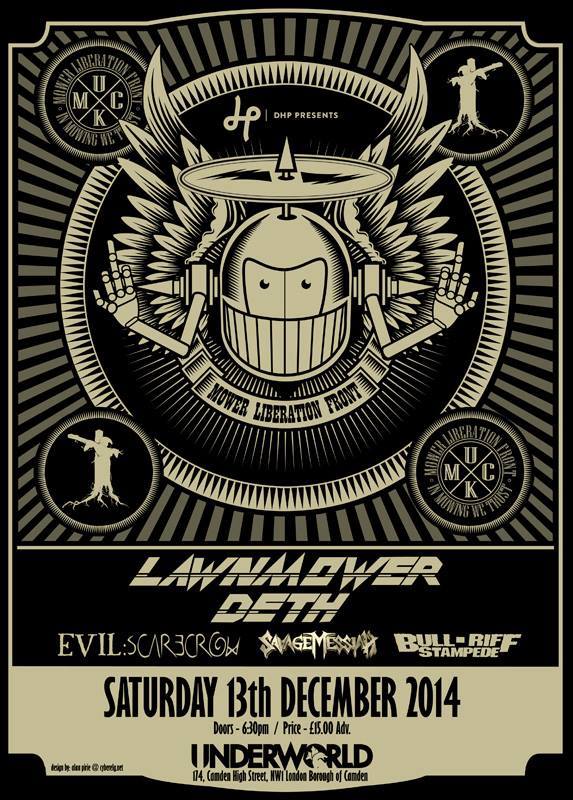