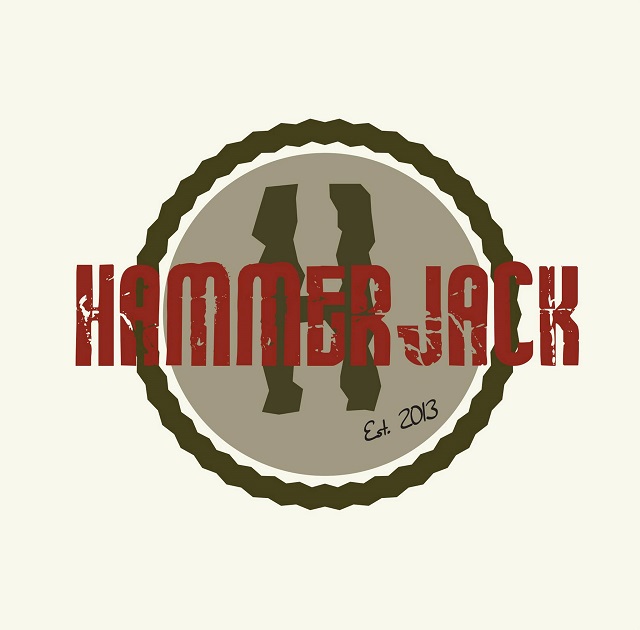 For those who do not know who Hammerjack are, (much like myself before this EP):They are a quartet of good mates with the sole purpose of playing rock and roll, much like just about every other band of mates getting together really. The difference being here though, that within their few short years, they have toured the UK gaining a great fan base where ever they play, and have done a great stint through Europe, sharing stages with rock legends along the way, and that looks sure to continue. So with that in mind, I expect something a bit special to come at me through my speakers as soon as I hit the play button…

What a surprise I got when lead track ‘I Can’t Change’ a real classic rock and roll sound with bite, grabbing you by the collar and making damn sure you’re listening! A great start, catchy riffs, and a slightly dirty feel, but not enough to scare off those that like their rock a little more mediocre. ‘Going Down Again’ has a little more flair about it, there’s almost something a little Robert Palmer in the vocal nuances all through out it. Something about it makes it sound like the perfect fit for a scene or two in ‘Fear and Loathing in Las Vegas’!

‘Take It All’ is a lot more straight forward, maybe not as strong as the first two, but something that is impossible to sit still to, trust me I tried, but if it isn’t your head bobbing, foot or hands tapping, then it’s just a combination of the three and anything else in between! ‘More Than Nothing’ brings back the standard of the first two tracks, some great slide guitar riffs that feel like you’ve heard before. Such is the addictiveness of this, I found myself listening to it over and over again…then picking up a guitar and beer bottle to have a go myself. The track is just so inviting and sounds so fun to play along to. Just as that ends, you get a radio edit of the opening track, even then it doesn’t get dull!

For the most part, this EP makes it hard to pick a stand out track, such is the quality of it! Hammerjack, take a bow, I for one am most definitely a new fan!