Review: Jack The Envious – In Your Own Way 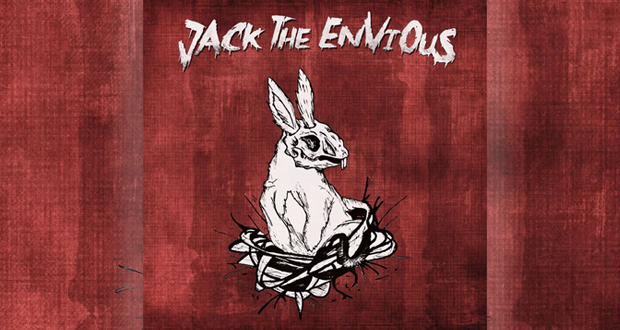 Jack The Envious are something of a breath of fresh air. The London based quartet offer catchy hooks, punk like musicianship and memorable lyrics that all combine for a shot of emo punk adrenaline, conjuring up memories of the early days of My Chemical Romance. In Your Own Way is the band’s second EP in as many years and expands their sound in almost every way from their highly successful debut EP Pull You Down.

Right from the get go the band embrace the melancholy, brooding atmosphere with the use of synths and a music box. These set the tone for the EP and really help to suck you into to the almost gothic sound that Jack The Envious are looking to create right from the get go. The EP opens with an absolute powerhouse of a song titled ‘Shut Me Off’. This is a great start to the album which kicks off with an intricate but powerful riff that embraces the same snarling energy that My Chemical Romance used to great effect on I Brought You My Bullets…

Next up is the lead single from the album ‘Begging For More’. This song starts with an almost country style acoustic guitar before another stellar riff makes itself apparent and takes over. The drum work is great throughout the EP but really stands out on this track, the fills are great and the beat is constantly changing and evolving which really hammers the track forward in new and interesting ways. ‘Begging For More’ is a stadium anthem in the waiting and really encompasses the sound and atmosphere that Jack The Envious are trying to convey.

‘Guilty’ is the heaviest song from In Your Own Way and the use of clean and scream vocals are used to amazing effect here. The vocals intertwine effortlessly and add a new dimension to the EP. Scream vocals are used sparingly on the EP but when they can be as effective as on display in ‘Guilty’, they bring a fresh new feel that really adds to the atmosphere and feel of the EP. ‘Mrs. Grim’ follows and is the most pop punk offering from the EP. The song wouldn’t sound out of place in a Neck Deep album and shows just how versatile Jack The Envious can be.

The album closes things off with ‘Never Look Down’ which is possibly the strongest offering from the entire EP. The track bookends the album and builds from its otherworldly gothic intro and goes onto incorporate the best parts of the record. The song combines all the greatest aspects from the other tracks including huge reverberant guitar lines, gutsy vocals and another huge chorus that could easily inspire stadium singalongs.

Although this is only the second offering from Jack The Envious, In Your Own Way makes it clear that the band are setting their sights on a huge genre defining sound. The EP is stylish, dynamic, versatile and energetic and shows that the band are destined for big things.

Stuart Brenton
I am a west yorkshire based rock lover. I first fell in love with rock music at the age of 7 when my uncle played me Dookie in its entirety. It blew my tiny mind. Music is my passion and the heavier the better. I love to write about music and can usually be found at gigs around the Leeds area.