Review: King 810 – La Petite Mort or a Conversation with God 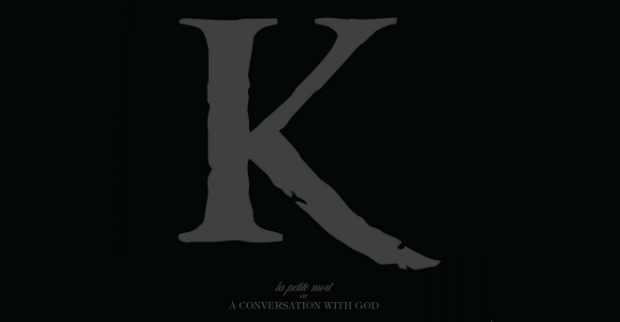 When you think of America’s most desirable locations in which to take a well-deserved summer holiday, it’s rather unlikely that Flint, Michigan would be amongst the leading candidates. Often regarded as one of the most violent cities in the US, this breeding ground of unrest has given birth to a living, breathing, pissed-off powerhouse in the form of King 810. Loved by critics but perhaps unfairly plagued with notoriety from the wider music world upon the release of their 2014 debut, this bullish ensemble have certainly come out swinging on new record ‘La Petite Mort or a Conversation with God’.

Sounding more than a little Slipknot-esque in places, it roars out of the traps like a bear on steroids and seems intent on scaring the living daylights out of anyone not prepared for the aural assault. This thunderous barrage works in tandem with a variety of unsettling moments, not least the haunting, almost ethereal sounding piano on ‘Heavy Lies the Crown’. These little flashes of creativity are strewn all over the record, adding to the complexity without compromising the visceral nature of the music in the slightest.

David Gunn spits his lyrics with vile hatred, aiming each uncompromising lyrical barb straight at the very bones of all those bearing witness to his poetic preaching. His words don’t just tug on the heartstrings – they tear them clean from your chest without even the slightest hint of remorse. Not a moment goes by where you’re fully comfortable and nor should you be – this is a deeply personal record that is designed to challenge and call-out the rest of the Western world who go about their daily lives without so much as a second thought about the bleak, deprived city of Flint.

This wave of destruction manages to avoid falling into the trap of sounding like one hulking slab of indistinguishable mush by featuring a plethora of tracks that stick in your mind like darts in a board. ‘Vendettas’ & ‘Black Swan’ are as atmospheric and as hard-hitting as they come, with the eclectic musicianship on display in the latter acting as a beautiful, almost poetic eye of the storm. ‘La Petite Mort’ on the other hand is anguish and hopelessness personified, giving an insight into the tortured souls of its creators.

This record does tail off towards the end; as King 810 experiment with more abstract influences that don’t entirely work. ‘Me & Maxine’ for example sounds like a rejected entry for the Suicide Squad soundtrack. While we’re splitting hairs you could also argue that this record can be slightly one-paced and one-dimensional, but I think that would be rather missing the point. By the end of this journey you should feel like you’ve been pummeled into submission by the aggression and honesty being forced down your throat. This is the sound of a group of young people who are fucking angry at the cards that they and their home town have been dealt, and it’s clear throughout that this anger is not contrived in any way. There’s no bullshit here – every word is genuine and comes from a dark, dangerous place.

In short then it’s safe to say that this record is not for the faint-hearted, but if you can stomach the lyrical content and fully commit yourself to the world of King 810, you’ll find yourself completely enveloped in their headspace. What you find there will not be pretty.