Review: Lechery – We Are All Born Evil 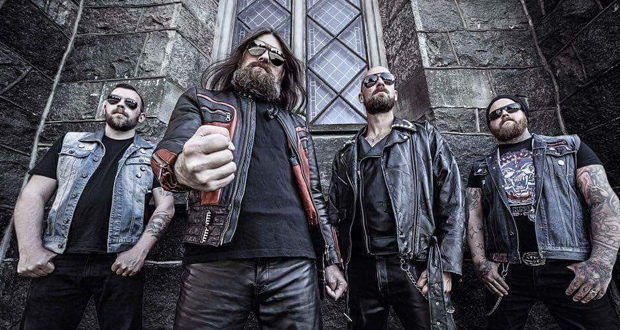 Lechery were formed in 2006 by Martin Bengtsson (former Arch Enemy bass player). After a couple of years of playing small clubs and festivals, Lechery recorded their debut album Violator in 2008. A second album ‘In Fire’ followed in 2011. The new album ‘We Are All born Evil’ is their latest release and continues the twin guitar led heavy approach of the previous albums.

The title of the opening track says it all… ‘Heavy Metal Invasion’ has gruff chorus vocals, but the rest is melodic. ‘Let It Out’ has a great twin guitar section. ‘Rule the World’, with its twin guitar intro, is an archetypal metal culture song and, inevitably, brings Priest to mind. ‘Breaker Of Chains’ starts like Dio and is only spoilt by some unsympathetic (to the song) drumming. The best is kept until the final track. ‘Tip Of The Whip’ is a combination of all of the best bits on the preceding tracks and sums up the attitudes and undoubted abilities of this band.

Overall this is a very well put together rock album and if Manowar, Saxon and Priest were put into a blender, it would sound something like this. It has sufficient punch to appeal to the thrashier fan base too. If they could give us a bit more variation and pace change, it would be even better.