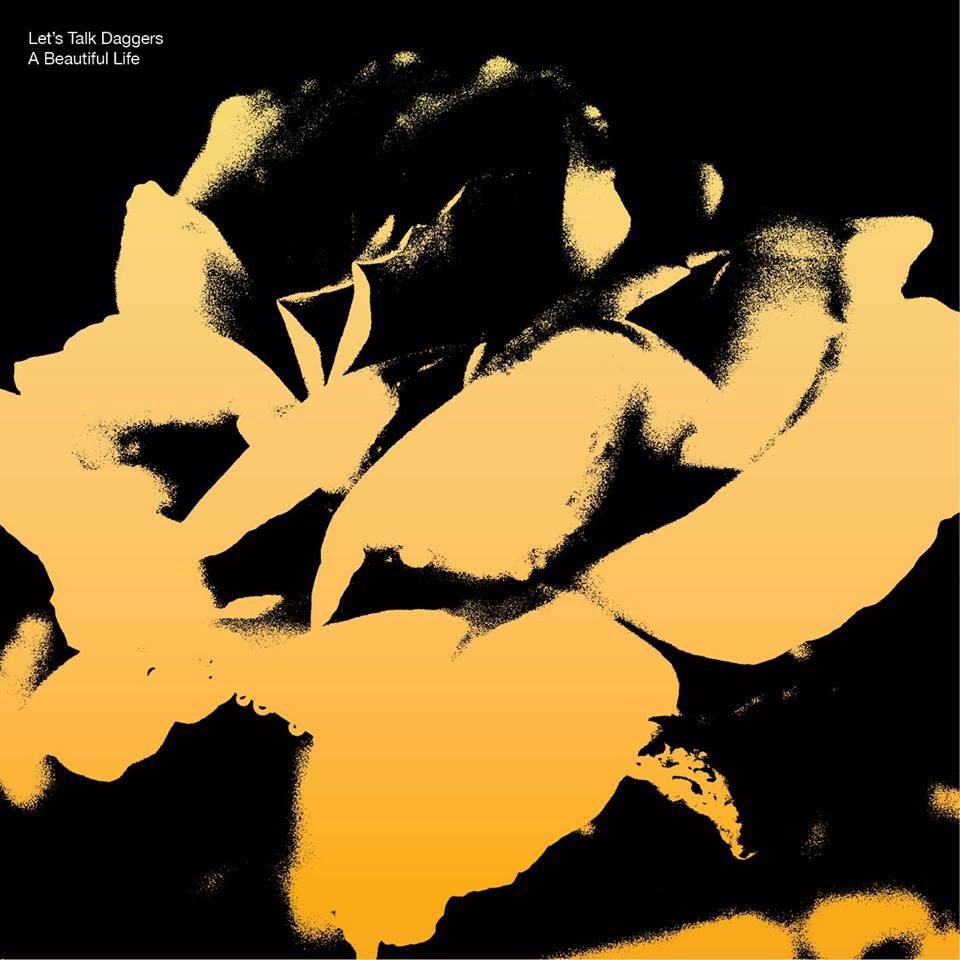 The number of bands who claim to defy genre classification is much larger than the number of bands who actually do so. In fact, since most of them end up sounding like all the other bands that are saying the same thing, they’re practically a genre unto themselves. It’s an accusation that no one will ever be throwing at Let’s Talk Daggers.  Their debut full-length album, A Beautiful Life, draws from many inspirations but can only be described as sounding like Let’s Talk Daggers.

The closest you’ll get to finding your footing during A Beautiful Life is the opening track, ‘The Tin Man Expedition’. A more straightforward introduction, it features some fast but simple riffs and slowly sees more and more being layered over the top. It’s very much the calm before the storm, however, as ‘Brainkiller’ comes flying out of it like an excited puppy whose food has been spiked with LSD. It’s a schizophrenic musical kick in the balls which will leave your brain-dashing around desperate to find something to grasp onto. It’s a feeling you get used to when listening to A Beautiful Life; every time you think you’ve got it nailed down it takes a right turn and catches you off guard again. Four tracks in you think you’ve got it, you’ve almost got a hand on this desperate charge through a musical sandstorm. Then suddenly the title track kicks in and you’re off balance again. A slow, melodic number it calms the chaos, giving everyone a breather.

Just as you assume that Let’s Talk Daggers will burst out of that, ready to headbutt you in the privates, they take a dive off the trodden path. The two punch of ‘Sixty in the Shade’ and ‘Casino Coates’ are the tightest songs on the album yet and the closest they’ve come to writing straight up hardcore. Those unhinged elements are still there, but now they’ve been beaten into shape. Crafted into two songs that are more likely to appeal to those looking for a classic structure in their music.

Left and right turns like that are sprinkled all over this album until you’re never quite sure what you’re going to get next. ‘Clutchendials’ is an atmospheric rock track littered with clean vocals, that every now and then goes off the rails but always comes home. While ‘Carvery Vibes’ is probably the most British song put to record this year.

Let’s Talk Daggers don’t only defy genre classification, but in many ways defy review as well. There is so much going on that trying to sit down and pick out exactly what needs to be commented on it is near impossible. Some music is too much for even the words of critics and just needs to be sat down and listened to.  It’s safe to say that A Beautiful Life falls into that category.