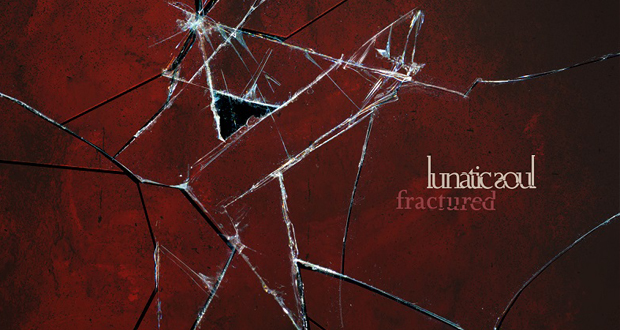 Lunatic Soul is the band Mariusz Duda plays in when not engaged in his day job, bassist, singer and main composer with the mighty Riverside. Fractured is the follow-up to 2014’s Walking on a Flashlight Beam. The new release has been described by Mariusz Duda himself as an “album of catharsis” after an extremely challenging year, which saw him lose bandmate and long-time friend, guitar player Piotr Grodzinski. Not to mention his own father within three months of each other. It’s is a brave and courageous album, made by a musician who’s unafraid to step away from his comfort zone, take risks and experiment. Fractured is an intensely atmospheric album, and Duda describes the music as “Dark melancholic trance with more electronica and more powerful sounds”. It’s also on a par with anything Riverside have ever released. That’s saying something.

Anyone coming to this album who only knows Duda through his work with Riverside might well be surprised at what they find. Whilst ambience and atmospherics are not exactly unknown on Riverside albums, the sound textures and the sonic landscape here are very different, and there’s much less guitar driven music that is featured by the band. However, this is a very ambitious album and one in keeping with Duda’s desire to do something different. “The new album will be brave, musical and rich, a beginning of a new style rather than a continuation of previous releases.”

‘Blood on the Tightrope’ opens the album using a hypnotic rhythmic backbeat for Duda to exclaim “every day and every night, we walk the line and try not to fall”. The lyrics on ‘Anymore’ were inspired by the death of Duda’s father “..you don’t talk to me anymore”. But the two most personal tracks are ‘Crumbling Teeth And The Owl Eyes’ and ‘A Thousand Shards of Heaven,’ both of which feature Poland’s Sinfonietta Consonus Orchestra. Both tracks are amazingly good pieces of music and, in the latter track, he sings “I want to feel what it’s like when sorrow turns into strength”. The album concludes with ‘Moving on,’ about his desire to put what’s happened behind him and move ahead.

This isn’t an instantly accessible album, but it’s an album rich with mood and atmospherics, and it offers an insight into the mindset of one of Europe’s most creative and inventive prog rock musicians as he attempted to make sense of the world after the two tragedies he experienced.