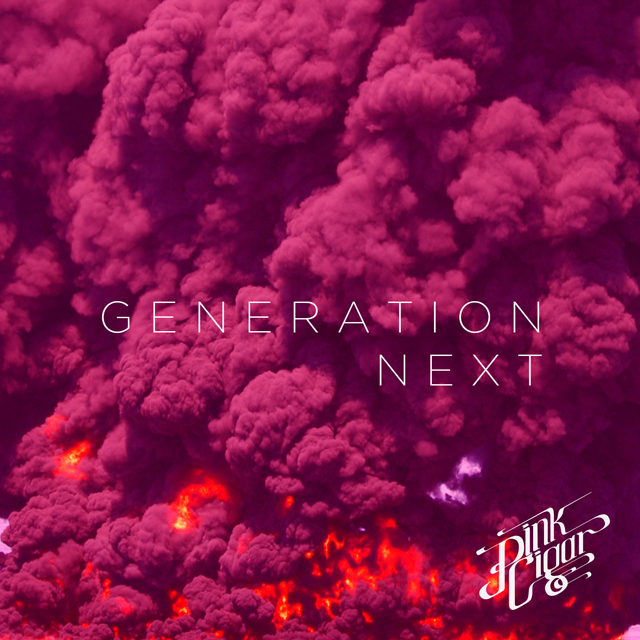 London based Pink Cigar are a band to pay attention to; their energetic, upbeat tunes invigorate the listener and certainly left me on a bit of a high. The production is excellent; each element has been superbly captured and balanced, creating a perfect balance between achieving the crisp and polished production of a studio recording, but whilst retaining the authenticity, intimacy and energy of a live performance. It is subtle and understated; an impressively deceptive job, the sound is perfectly suited to their style: a seemingly calculated rawness that brings the listener closer to the band’s performance – it really does have a live feel and just makes me want to see them perform.

Jackson’s sultry vocal style really offers something quite special, coupled with the musical talents of the rest of the band, they are a song writing force to be reckoned with.

The album’s title track,’Generation Next’, is a fast paced but tidy number and lays down the tone of the album; it introduces us to a sound that is not raw nor basic enough to be punk, but is too punk to be straight up rock. Pink Cigar’s stand out strength is in the way Whiplash Jackson’s voice partners so well with the music laid down by Edd Whyte (Guitar), Sum Rutland (Bass) and Sid Mayall (Drums); the music grabs you by the collar and drags you along for the ride.

‘Lady Killer‘ perfectly maintains the pace but introduces a touch more swagger to the mix and further exemplifies the deft, understated musical platform on which Jackson’s vocals grind and thrust.

‘This Girl‘ starts with one of the most warm, mellow and beautiful guitar licks I have heard in quite some time, which ambles along for a short while; Jackson’s vocals briefly join the casual saunter until Sid cues the bouncy theme of the song. It is subtle touches, like the tasteful inclusion of a repeating polyrhythmic fill, that highlight the musicianship of these guys.

Keeping a more mellow aspect, ‘Strange‘, is delivered with lounge-act style verses juxtaposed with bouncy and energetic choruses; it’s a testament to the versatility of Jackson’s voice.

By the time we reach ‘Pork Pie‘, we have been shown the broad application of their style and get another eight tracks that do not fail to maintain the high standard they set for themselves. Worth mentioning, is a track that particularly stands out on the latter half of the album; ‘The Throat‘, grooves with such bluesy swagger and houses such an anthemic chorus that it instantly became one of my favourites on the album.

The album ends very abruptly on ‘King Of The World‘, which was a bit like a slap round the face, but made me want to hit play again and again.

*Note:  I was sent the album in MP3 format but the track order was not initially quite right; each track title was preceded by a number, which I took to be the order and used to over write the order which iTunes assigned to them.