Review: Revocation – Empire of the Obscene 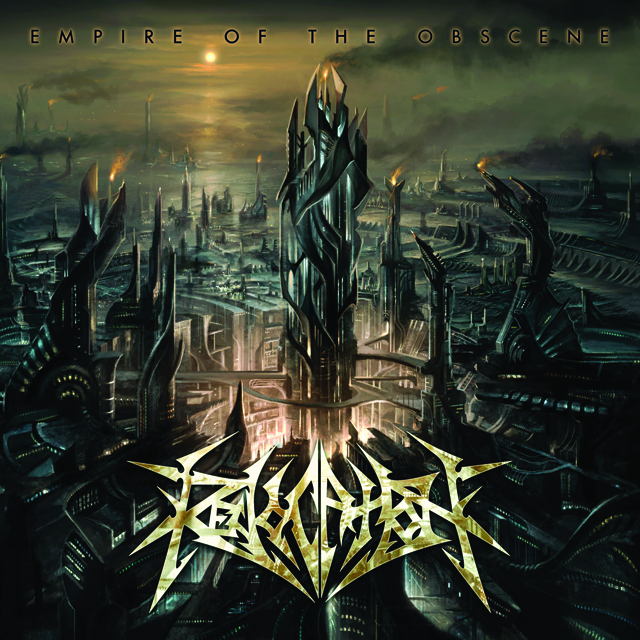 Revocation came flying out of Boston around mid 2000 with demo release ‘Summon the Spawn’ in ’06 and album Empire of The Obscene in ’08 limited to 1000 copies. Finally these have resurfaced and are due for release fully remastered.

Bringing only the finest of elements from thrash and death metal, this release is everything you would expect and then some. It is so full of speed, ideas and finger bleeding riffs. It’s hard to be able to decide on any stand out tracks, opening out with ‘Unattained’, ‘Tail from the Crypt’ and ‘Exhumed Identity’ all fitting very much in the thrash metal league. Abuse of the floyd rose, speed, aggression and the pedal to the floor attitude all come through from the off, you can’t help but feel pumped up by them!

‘Fields of Predation‘ is along a more aggressive death metal vibe, which really show boats the talent after the thrashing of the first three tracks. Bringing in some amazing passages of arpeggio guitar riffs with great finesse, and beautifully harmonies of melodic playing but all with a slight black metal feel with clashing chords, yet all still very up and at them with intensity. Before a solo that would sit nicely among a death track. As much a masterpiece as you would expect from any thrash band worth their weight.

‘Alliance and Tyranny’ brings the pace down, with a superbly written instrumental. The power and dynamic of the song is all in the writing abilities here, and unlike most thrash, the music shows some beautiful emotion and travels well and positive throughout. By the solo, it has slowed even more, bringing a glorious tone to the table in a clean sound as the underlay before opening into a real warm open played moment with great dual harmonies. The solo itself is full of long, open bends, slow climbs and builds, and a great piece to listen to.

‘Suffer these Wounds’ brings a great progressive time signature, and is a great showcase for the bass as it plays more a lead role. I find it hard to believe that 6 tracks in with all this talent, that it was a debut album for them, and with this being one of the three tracks from the demo release of ’06! This track shows a level of musical maturity that most big bands never seem to even get to, let alone start out with.

‘Stillness‘ brings a welcome break to the amazing torrent of abuse you’ve had over the 8 previous tracks with a gentle two minute acoustic instrumental. I find it hard to sit through to be honest without feeling like it needs to build into something, but thankfully ‘Age of Iniquity’ fits the bill, it may not be as smooth a following track as I would have liked, but it does follow nicely. This is a different approach to other tracks, it still has the running magic riffing playing, but with a shouting styled singing at the choruses, something fans of Trivium might appeal to, but I won’t lie, I’m no fan of Trivium and these guys do it much better (not to mention of course, this is still a remaster of a debut album, take that mainstream music fans!).

Title track ‘Empire of The Obscene’ has a brutal death metal feel, it starts out very much like a Deicide track, yet against showcasing the musical talents of this band. It epitomizes everything about them and this record, aggression, speed, progressive, and an all round raw talent that is everything thrash metal needs. I honestly wish more bands were like this.

As far as dedication to heavy metal music, this band has it in waves, and they are full well in deserving of an equally dedicated fan base. Revocation’s ‘Empire of the Obscene’ is due out this week and is a must buy!