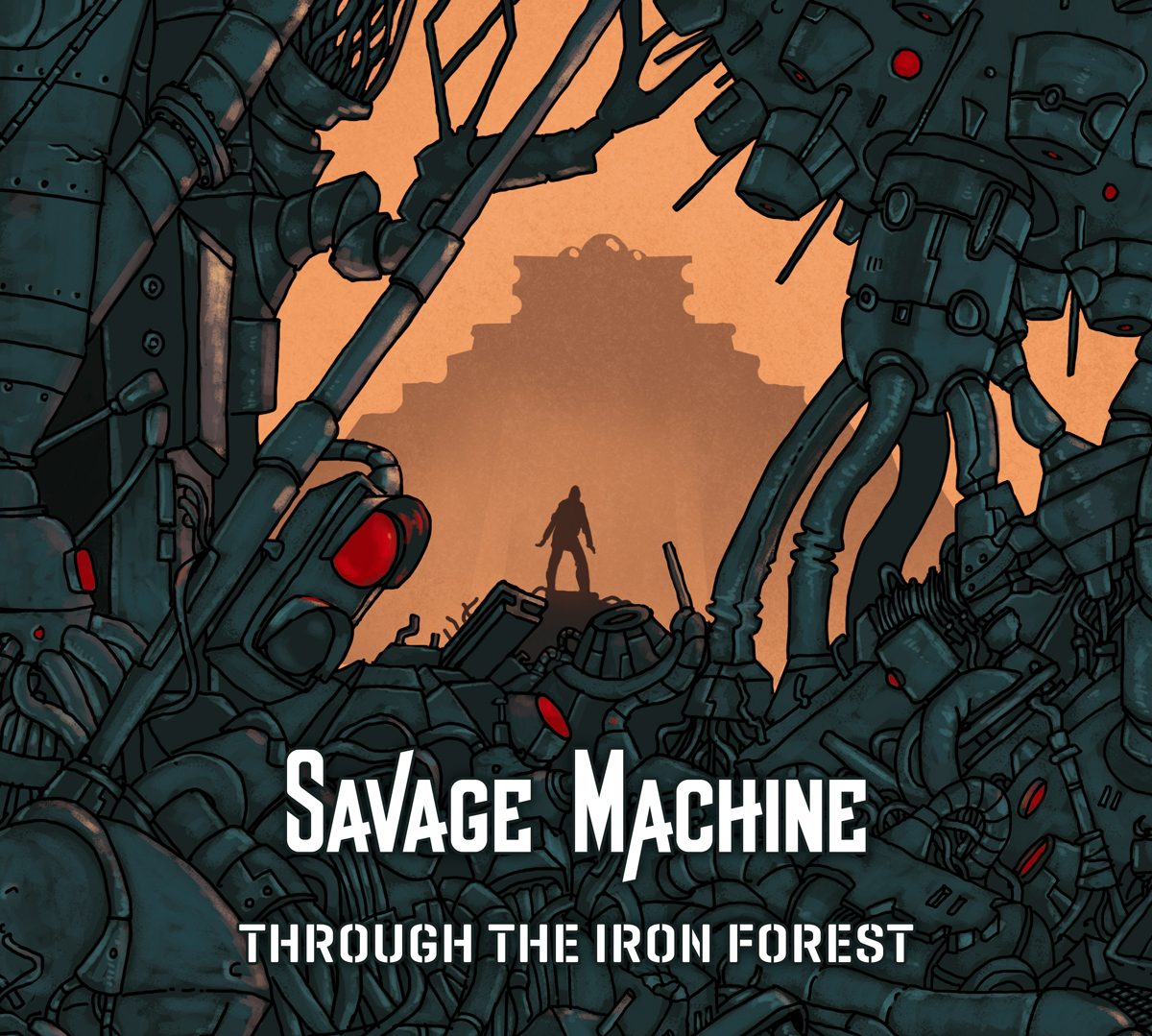 Savage Machine hail from Denmark and fly the colours of heavy metal’s flag as distinguished during it ‘80s rise to world domination, though here on this mini-album it’s given a clean  modern crisp guitar sound with a good clear production.  Founded by former Momentum guitarist and drummer Jacob Bruun and Martin Helbo, respectively; this newer group features vocalist Troels Rasmussen, rhythm guitarist Simon Poulsen, and bass on the record is played by Benjamin Andreassen.

“An epic journey through the moral, the psyche and the unavoidable destinies of the human experience,” declares Through The Iron Forest’s PR bumpf, so an awful lot is promised in this six track EP. Lyrically what unravels is a thematic story of environmental concern as the seasons career rapidly out of kilt and endangered species near extinction. You either buy into it, or let it ride. What first needs to grab your attention is the music. 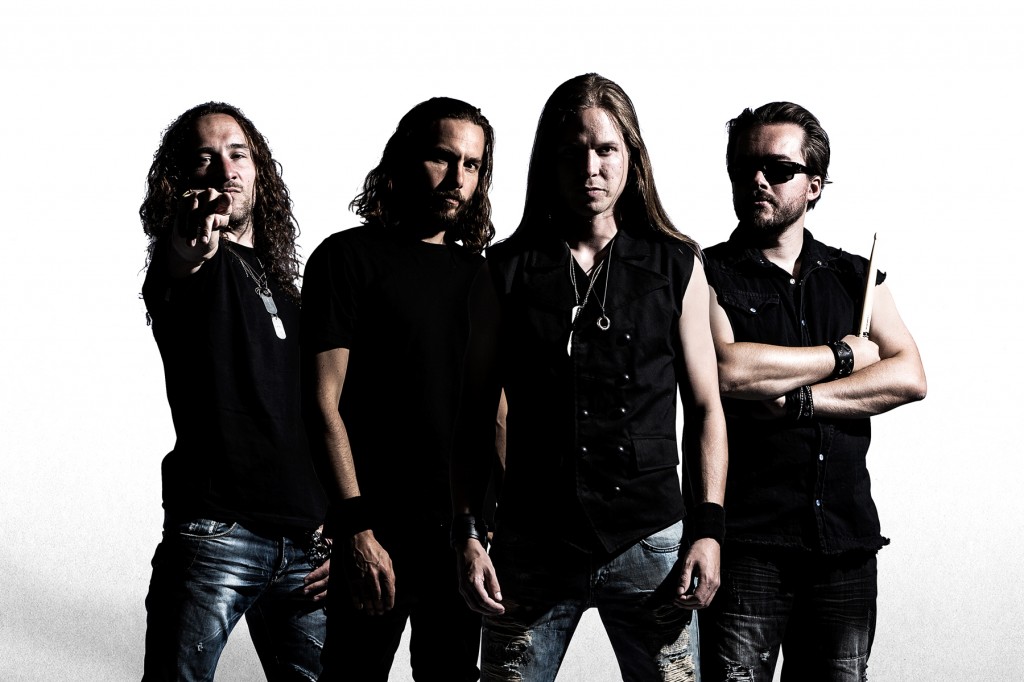 Thus ‘Fifth Computerworld’ is all frenetic guitar notes buzzing in stop-start motion before entering a classic chase and romp scenario, as patented by Uriah Heep and performed by many a band since, despite which there’s also a distinct AOR feel and some nice fuzzed-up bass parts too. With notes picked slowly through each chord a scorching solo plays over the intro to ‘The Easy Way Out’ before a chord pounding song begins to play in earnest, Rasmussen reaching for those higher end notes Dickinson and Halford tend to opt for, before Bruun’s guitar comes in for a more elongated plush solo.

‘Prisoners of War’ implies capture, loss with a feeling of failure, perhaps even that the song will be slow but again an Iron Maiden drum thumping charge ensues, but loses a pretty cool opening riff along the way as the song spews out lyrical venom. ‘The Final March’ follows suit with a more slower metal blues rock flavour as Rasmussen brings this story to its end and the guitarists suddenly find their second wind and race out riffs and solo playfully with taste towards the finish line.

Savage Machine prove to be tight, proficient and have an appealing group sound on this self-released EP. Their influences are worn shamelessly but if they can extend beyond that as a unit they’ll be worth listening out for again.