Review: Sixx AM ‘Prayers For The Damned. Vol.1’ 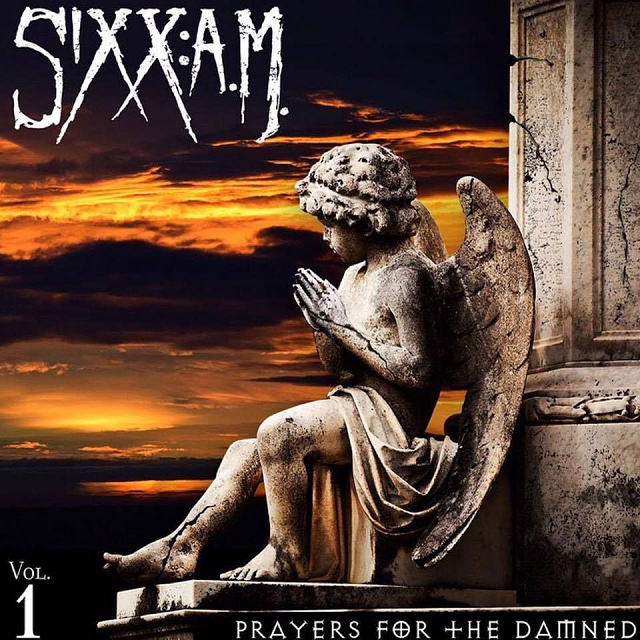 The three rock ‘n roll musketeers, Nikki Sixx (bass), Dj Ashba (guitar), James Michael (lead vocals) known as Sixx AM, have released the first single, ‘Rise’. It’s from the first volume of their new album Prayers For The Damned, which comes out on the 29th of April via Eleven Seven Music. With Nikki having time away from the Motley Crue commitments and Dj Ashba’s decision to leave Guns ‘N Roses, this band is now fully-fledged and ready to fly. Eight years down the line and here comes a fourth album which represents the band most complete and ambitious work. They have been together for seven years and the sound gets tighter and tighter. ‘Prayers For The Damned’ includes some of the heaviest songs this band ever released, musically and lyrically.

The powerful ‘Rise’ opens this new album, this is a true track of unity, a loud and universal message directed to all of us in need to stand up for our beliefs. It’s almost comforting listening to someone who is been there and who is just like you and me trying to get through the everyday struggles and rising above negativity and the ugly part of our society. Describing the song’s message Michael explains: “Throughout history, some of the most dramatic changes have occurred when people reject the status quo and demand change. ‘Rise’ is about how we find ourselves at a global tipping point and how it is our duty as citizens of this world to come together, communicate with one another and rise up to demand more of ourselves and our leaders.”

After ‘Rise‘ we find another anthem with a strong message, ‘You Have Come To The Right Place’. There’s a rather catchy and adrenaline-filled chorus and the title itself is obviously self-explanatory, meaning that we are all in this together and once again we can learn from each other experiences and grow stronger and stronger. This song is perfectly produced and performed. Everything is mixed with the right rock ‘n roll attitude.

‘I’m Sick’ follows the line of the previous two and its passion and determination is a very pleasant constant. The riffs almost remind of a Dj Ashba influence over Motley Crue’s vibe. Truly remarkable vocally, lyrically and instrumentally. Maybe one of the best tracks, technically speaking.

When listening to ‘Prayers For The Damned’ there’s no much wonder why this represents the whole album perfectly. Lyrics and execution are both very emotional. The solos scream hope and each performance is impeccable. In the whole album the lyrics refer to heavy and personal matters but here there’s a specific internal battle between good and evil. Although the references made here may seem religious, they are more about that spiritual search. It’s like when getting pushed to a point of desperation, even if you’re not religious you try and get comfort from someone up there, whether that be God or whomever.
Follows the terrific ballad ‘Better Man’ and the very determined ‘Can’t Stop’.

‘When We Were Gods’ represents once again the constant battle between gods and demons narrated in its emotional and deep lyrics. ‘Belly Of The Beast’ is very raw, guttural and almost bluesy in a sense. It’s equally powerful as the other tracks before but here there’s also a deeper vibe, something that aims to touch our souls. We can also find some religious overtones, a very usual feature of the whole album.

Prayers For The Damned, Vol.1 is a rock ‘n roll manifesto and the remaining tracks confirm that too. ‘Everything Went To Hell’, ‘The Last Time’ and ‘Rise Of The Melancholy Empire’ probably need to be listened to a few more times before getting in the groove but they are equally great in sound and lyrically wise. This album is the perfect demonstration of how tight Sixx AM are. James Michael’s vocals blend beautifully with guitarist Dj Ashba, the song writing and basslines from Nikki Sixx mould the band into a continuation of their evolution that is this album. And this is just Volume 1.