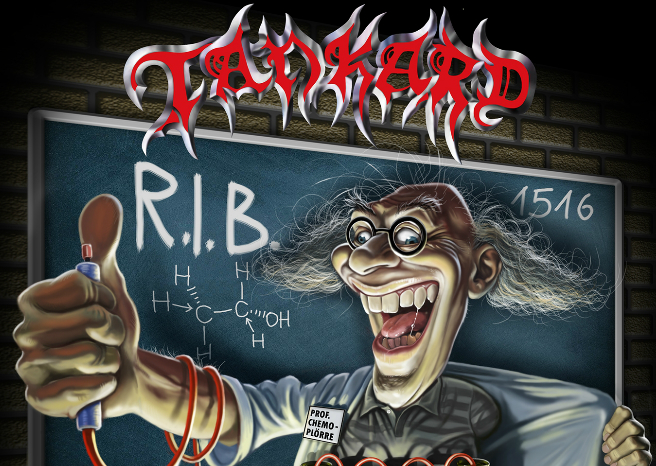 Founded in 1982 in Frankfurt, Germany their first sign of life was recorded in 1986 and indicated that not only the Ruhr district is the home of the growing German thrash metal scene. Since then they recorded almost as precisely as a clockwork one piece of finest thrash metal after another never taking themselves too seriously, enjoying their music and making their fans happy. Today their discography includes 14 studio records, two compilations, two DVDs and a live album. Here is out track-by-track review of the newest album ‘RIB’.

The extent between metal emotion and thrash is just around the corner as this frenzied attack fillets the guts. The constant chug and vocal onslaught is powerful as it is gifted.

‘Fooled by your Guts’ 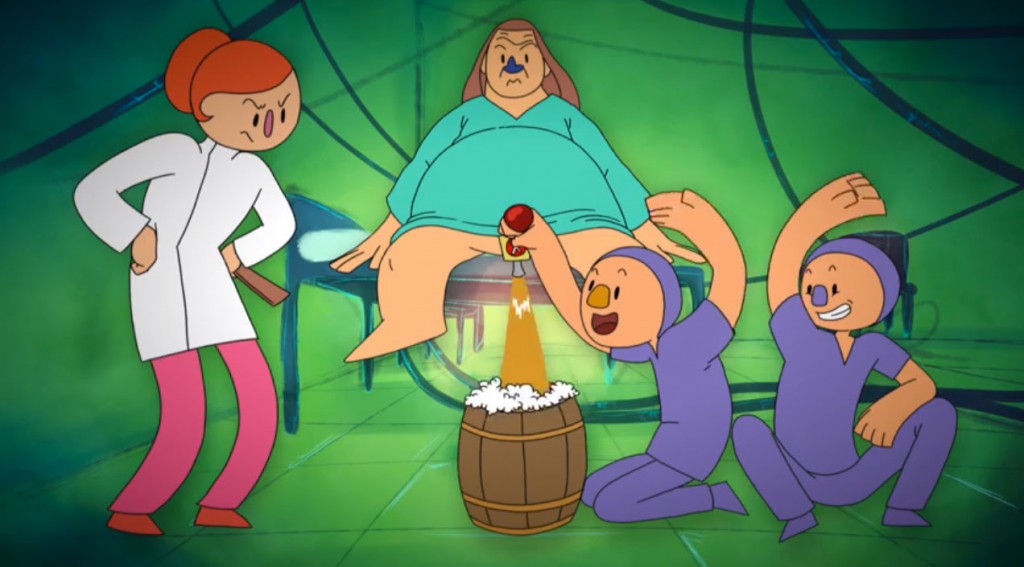 With a title like that you know the bands humour is never far from the forefront, however the music swipes a serious hand of anger and immerses the listener into a typhoon of lip smacking thrash!

Is quite a slow and deliberate track that – and sorry for the pun but ‘Whet’s the appetite’ it suddenly turns into a ferocious onslaught of towering riffs and bludgeoning beats.

‘Riders of the Doom’

The melodic chug that simply cannot be ignored will enthral and grip as it takes hold. The fiery vocals are dramatic whilst the guitar literally throttles its victims.

Gives the bass a good run for its money! It is a predatory track that feeds the ears with a persistent caustic melodic enticement that is packed full of passion.

‘No One Hit Wonder’

This track evolves making waves with a lingering beat whilst the vocals are edgy and frantic – as you would expect! The irresistible attack of snarling riffs will drive the listener on energy alone.

A good metal feast of thrashing chunks and striking rhythms come reigning down on the aural. Rabid and scarring the vocal energy is rife and full on. A thrilling and magnetic track with another thought provoking title.

The stabbing riffs are tempered with anger whilst the drumming goes on a rampage. The voracity is prevalent here and very satisfying.

A scorching madness prevails as the riffs are heavy and power laden. Sweeping with a vocal rapaciousness that is seriously potent.

‘The Party ain’t over till we say so’

And who are we to argue? Fevered with antagonistic riffs and a snarling vocal it soars the metal scale with anthemic grandeur. It’s eager to please and please it does, in an unrelenting manner!

How I never cottoned on to thrash when it first hit the scene will always frustrate me and leave me regretting it for the rest of my days. This is one superb album that is maliciously devouring and soaked in a pure thrash frenzy of delights. Each track leaves a mauling on the senses and drives out a fuelled and unbridled surge of extreme aggression. It’s powerful and deadly and just as you would expect from a thrash band.

The sense of humour never far from Gerre’s lips as he screams out formidable lyrics that please and taunt whilst his accomplices are unmerciful in their rampaging madness to produce an intimidating backdrop of abrasive yet melodic encounters. Although it never ventures from its comfort zone so not as diverse as it probably could be, for me personally I am happy with that as this is ‘thrash’ in its purest form played with skilled efficiency, so it really hits the spot like a baseball bat to the head!

The 10 track album by Tankard ‘RIB’ is out now via Nuclear Blast.