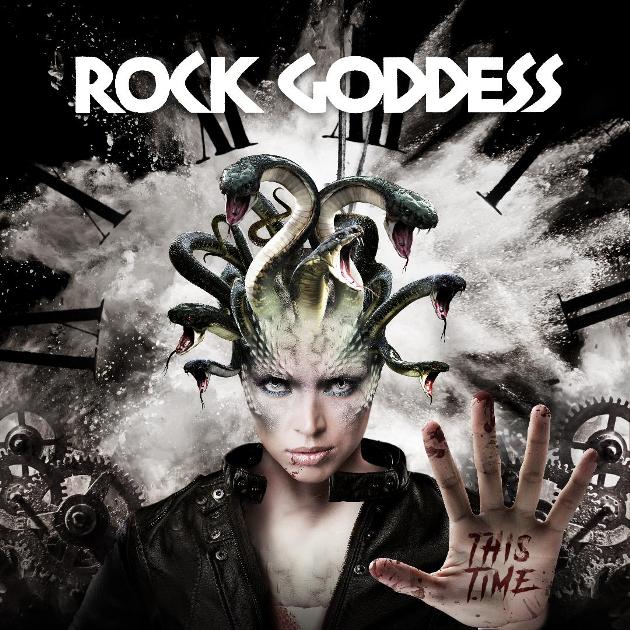 Pecking orders. They affect your whole life. Female rock bands are ten a penny these days. That’s not a put down but fact. They used to be rarer than a cold day in Hell. The Shang Ri Las’ ‘Leader of the Pack’ is the role model. It may have been about a rebel boyfriend, but it told you the girl who rode on the back of his chopper was just as hard-edged.

Rock Goddess came in around the tail end of the new wave of heavy metal era, and after Girlschool. They had a different sound, but often got labelled as being similar. Lazy journalism rather than sexism, possibly. Either way, the fact bass player Tracy Lamb has played in both bands, and is featured on This Time their new album but back with Girlschool now blurs the issue.

Ever present in this former school band have been the Turner sisters; Jody and Julie, on guitar/vocals and drums respectively. Following a well received set at 1982’s Reading Festival Rock Goddess  got signed to A&M, charted at 65 with their self-titled debut and gave the last of the NWOBHM bands a run for their money while the going was good, then reformed a few years back.

Prior to This Time’s release they brought out a double A sided single.  ‘Are You Ready’ being the prime track and both its radio edit and full length version buttress either side of this full length player. A typical album opener in both title and style; one that works well here as they sneer and howl over a riff plucked from the mean and lean 80s that threatens to hunt you down and give you a good slapping.

Elder sister Jody basically insinuates that maybe you weren’t ready for them first time round and if you’ve caught up then great, but be aware they’ve grown up too, matured. And, lest you think it’s okay to call a woman a bitch in this day and age she’s prepared to show you the error of your ways. Quite a few tempos in this little tune; kicking up a storm in more ways than one.

They’re particularly fond of pairing undulating Sabbath motifs to early Maiden style riffs. Take ‘Obsession’ when it starts chugging down to a half time pace you wonder if it was a lick Iommi lost down the back of the settee while making Volume 4. Turner tells us that if she can’t have you no one will, and yet is disgusted with herself for being so obsessed. It’s like some dark nasty indie kitchen sink Fatal Attraction drama. Over raw scouring vocals ‘Two Wrongs Don’t Make A Right’ then reflects on the matter, acknowledging where that relationship might have gone wrong. It races and paces, with some choice changes and stacked harmonies, then unloads a hot and fluid but all too brief solo that shoots straight from the hips. However, with ‘Flying To See You’ we’re back on that obsessive theme, don’t be fooled by its sweeter lullaby style harmonies.

Glam rock drumming sets the beat for ‘Calling To Space’ (the second track on the previously released single). A coyer come-on while leaving you with a teaser in its  lyrical quandary. The faux psychedelic section being rather nifty. While ‘Why Do We Never Learn’ is another ruff-edged Sab/Maiden bump started riff as skewered through some 70s B side by The Sweet. A false start as punk metal, ‘This Time’ itself settles into a more laid back bounce with a particularly nice tone to the guitar solo,

‘It’s My Turn’ is all beating drums and thrashing razor sharp chords built for sweaty clubs where wringing wet hair is swung round resulting in serious neck injury. Then with ‘Drive Me Away’ you’re almost in culture shock as it’s all but an AOR ballad, albeit one bruised and battered, the harmony vocals not completely covering the collateral damage.

Jody Turner is still an attractive woman. However, in their wildest dreams, hot-blooded male listeners should reconsider presuming they’re man enough to handle her. Whereas the way she expresses herself so vividly over this record, fellow females will more likely nod happily in agreement alongside listening to its heavy metal beat. Albeit that there are some tongue-in-cheek bits, me thinks.

Aptly released through the band’s own Bite You To Death Records in conjunction with Cargo, This Time is equal parts black humour, savage sarcasm and a great venting of the spleen… Oh, and it rocks, rather heavily. 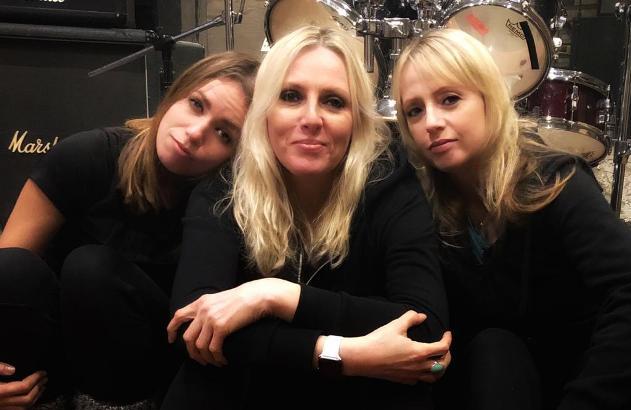