Sepultura – The Mediator Between Head & Hands Must Be The Heart 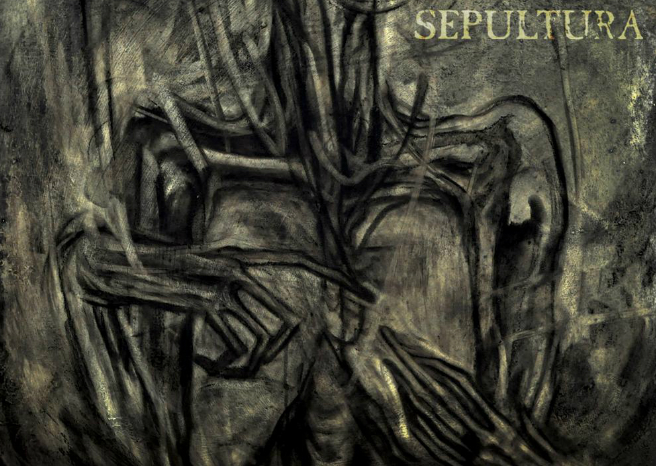 Rewind back to the Mid 90’s – Sepultura were one of the leading lights in Metal. After coming out of Brazil in the 80s with the break through thrash classic ‘Beneath The Remains’ – they then smashed the metal world with one classic after the other, ‘Arise‘, ‘Chaos AD’ & then ‘Roots’. With Roots Sepultura & Ross Robinson helped to reshape the Metal world, a slower sludgier groovier beast was made. Nu Metal came to dominate the world for the next 5 years, Roots being considered a major influence upon the genre.

Then the great published downfall came, Max left, Sepultura brought in Derrick Green & since then there out put has varied from the amazing (Dante XXI) to the awful (Nation). Now the time has come for a full circle, Ross Robinson is back in the production chair & Sepultura are carrying on the momentum ahead of this much anticipated reunion.

If you though are expecting a Roots part 2 then you will be disappointed. Sepultura after Dante, A-Lex & Kairos are in no mood to regress back to the past, they have moved forward in to a more progressive but highly aggressive thrash/death metal direction.

Trauma of War very much keeps this direction going forward, the blistering riffs, the pummelling drums & Derrick Green giving the best vocal performance since he joined 15 years ago. It’s heavy, aggressive & extremely angry, for anyone who has lost faith in recent years this song single handedly shows the world that Sepultura are a still very much a force to be reckoned with. The Vatican follows with more of the same. After the moody intro of bells tolling, b-movie sci-fi samples building up to another explosion of metal.

Impending Doom then stomps along with a slower paced groove, but no less heavy than what’s come before. Come the half way point the filthiest, dirtiest riff they have managed in years leads to another inventive solo but the ever amazing Andrea Kisser. This is followed by another fast paced number in Manipulation of Tragedy. This is when the first sounds of the all familiar tribal drums come in come to the forefront to the first time. It’s no throwback to the past, as they build & help the intense blast beats that bring the song to a close.

Tsunami starts with fuzzy lines before blasting us with another monstrous wave of groove. It’s another thrash/death attack, with Green’s anger punching through. However with the precision drumming, fuzz bass & Deftones styles samples add a constant depth to song, Sepultura are still finding news ways to expand their assault with becoming self indulgent. Tribal drumming, discordant chords, simplistic droning riffs, you would be forgiven for thinking The Bliss of Ignorant is a direct throwback to ROOTS. Thankfully though this feels more like a tribute to the relationship Sepultura shared with Ross Robinson (and still evidently do). I will admit though compared to what else is on offer it’s a little weak. 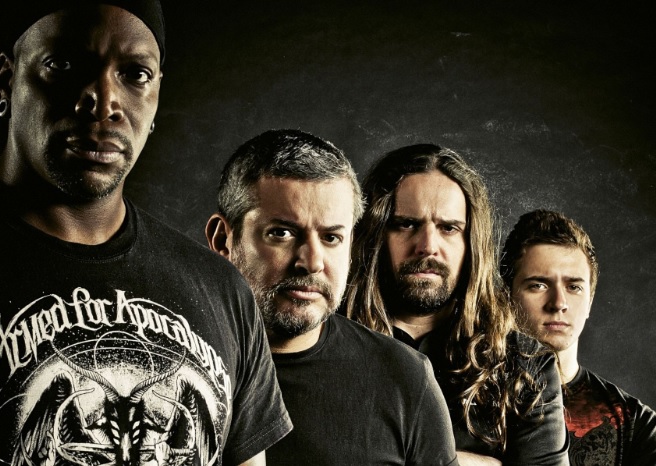 Sepultura have always been about evolving & pushing themselves forward, rather than mulling around on past glories. This is never more evident than on the emotional & unique Grief. Considering the aggression of the album up until this point, for them to then suddenly go into a post rock vibe is a ballsy move. But it works to amazing effect. Subtle & haunting guitar line leads to the slow doom ridden punch verse before a soaring Cult of Luna style chorus.

The Age of the Atheist is the lead single & too be honest it’s an representation of the album when it came out. But in the context of the album it works well adding depth to the aggression, plus the chorus is a real call to arms. Obsessed after its tribal intro then comes in with what must be the heaviest moment of their career. The violent tremolo riffing, furious blast beats & ultra heavy groove is quite mouth watering. This wouldn’t be out of place on a Morbid Angel & put must of it too shame.

Da Lama Ao Caos brings us to the end & think Ratamahatta for the modern age. It’s a great way to round off the album, big tribal drumming, vocals in their native tongue & great bouncy grooves.

When I first listened to The Mediator I wasn’t quite sure what to make of it. I had to get out of my head that this isn’t Roots part 2. When I did, it grew on me massively and before I knew it, I was constantly blasting it. Ross Robinson has done an amazing job in focusing the music & the fuzzy raw production really gives a real edge to the music. Also for the first time in the post Max era the sound levels of vocals are spot on, they no longer dominate the music what they are writing is really allowed to shine.

Every member of Sepultura really push themselves to the limit, you can feel the passion & soul in every inch of The Mediator. They should be damn proud of what they have done & every self respecting metal fan should accept them in to their hearts again.

Sepultura ‘The Mediator Between Head & Hands Must Be The Heart’ is out now via Nuclear Blast!