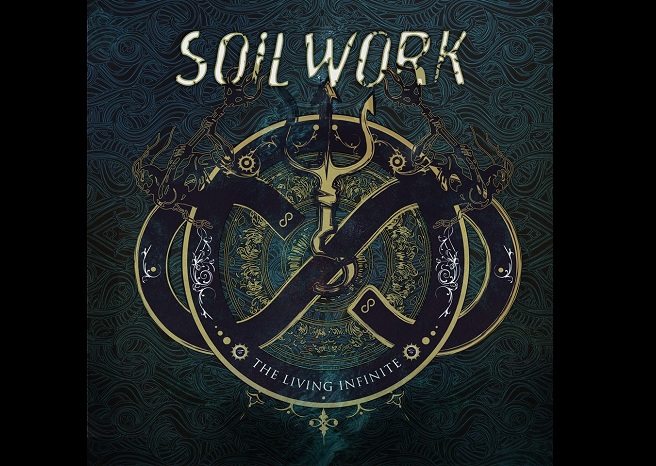 The pathway of musical history is littered with examples of bands who have tried to make double, or even triple, disc albums and have not succeeded. Invariably the first album has had some decent tunes on it, but nothing that stands out that much, and the second album is normally pretty poo. It is a shame, but it seems that the majority of bands are unable to write that much material and record it all without deluding themselves that it actually sounds engaging. Thank God/Chuck Norris then that this latest double-disc release from Swedish melo-death crew Soilwork is absolutely stunning. There is a widely held belief that this may well be the first double album in the history of melodic death metal, and if so, not only are Soilwork astounding musicians, they are also pioneers.

Soilwork have been ploughing the fields of musical brilliance for a decade and a half now, and this latest release is their ninth effort – no wonder then that you can immediately recognise every single part on this album. Rather than it sounding like they have been influenced by (and by that I mean ripped off) other bands, it actually makes it sound like all the other bands have been ripping them off. The very very start of the album, after the string section, sounds like Cradle of Filth, and the second track, ‘Memories Confined’, could have been taken off any of the best Killswitch Engage albums you care to mention. Not to my estimation has the term “melodic death metal” been taken so literally. When Soilwork want to bust out some melodic chops and go a little spacey (Between the Buried and Me -style) they pull it off with seemless aplomb. And rather than clash horrifically with the death metal elements, each contrast and compliment each other to make you realise just how good each part is, and how skilled this band are at doing what they do.

Of course, one of the main reasons this album is so brilliant is because of the versatility that each member of the band brings. Björn “Speed” Strid is one of the most multifaceted vocalists on the planet, and is often overlooked when people talk about their favourite frontmen: his screams are so brutally heavy and yet totally comprehensible at the same time, and his clean vocals have the ability to go from brilliantly melodic and calm to that kind of half-shout that sounds absolutely massive. Credit where it’s due as well, some thought has clearly also gone into the guitar tones. The distortion is crunchy enough to sound incredibly heavy when needs be, but also just conservative enough that, when mixed with just the right amount of reverb, they sound huge. Applause to Sven Karlsson on keyboards as well – some keyboardists like to get carried away and stick their silly instrument in where it’s not needed – Karlsson plays as more of a backing instrumentalist, providing atmospheres and the occasional little fleck of melody.

Quite simply I can’t imagine why you wouldn’t like this album. Even if you’re not a fan of melo-death, this album transcends mere genres. There is a bit of something for everyone, and with each disk being choc-full of exciting, engaging songs, there’s really no reason for you not to go and pick up this album and listen to both discs straight through like I did. And then do it again. And again.