Tantivy have ‘Eyes In the Night’ 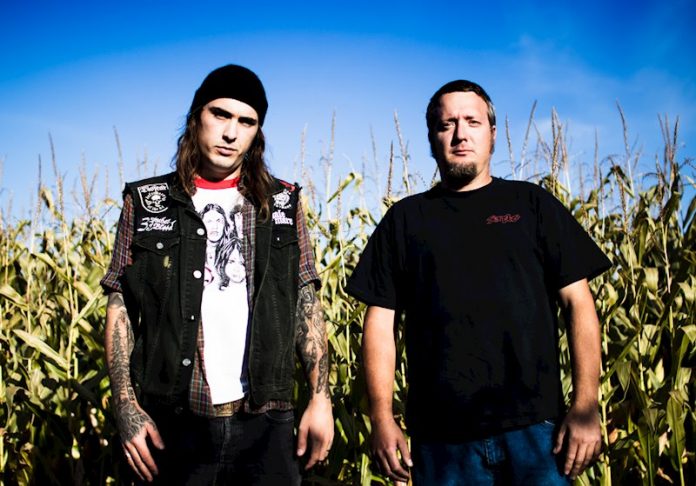 Tantivy (it’s interesting that the name is from a 17th century hunting cry, and also means a rapid gallop) have released their debut EP called Eyes In The Night. It’s out now, and the five songs and 19 minutes give an interesting insight into this new partnership. Considering the noise they make, it is surprising to find that Tantivy are a duo, with Adam Geurink taking care of vocals, guitar, and bass and Jon Zimick knocking seven bells out of the drums. Some seem to class them as thrash but personally, I think there is bit more subtlety and restraint than that label suggests.

Opener, ‘I Am The Wolf’ gives a clue as the Motörhead-sounding rapid fire riff starts everything off at a frenetic pace; the vocals also owe a little to Lemmy as they are are as gravelly but still have a melodic edge. The guitar solo is frantic too but not, mercifully, a widdle-fest! This is followed by a more subtle, carefully paced intro and bridge before the accelerator is applied again on ‘Cut ‘Em Loose’ with a sound that harks back to the NWOBHM bands of yore…a bit like Handsome Beasts.

‘Houndin’ You’ has a fascinating intro riff; all complexity but effective too. Then we’re back into the fast metal we’re used to by now! ‘Nowhere’  at last shows that the drummer is more than just kick drum blasting; the thundering intro uses the whole kit brilliantly as the riff joins in an early Iron Maiden build up. ‘Daggers’ has an intro that sounds like Mr. Schenker was guesting with Motörhead…and that can only be a good thing surely?

It’s always difficult to judge such energy on just an EP that pretty much sticks to one formula, but there is enough evidence here to say that there is acres of potential for them to produce a full length album of quality that will satisfy most heavy rock and metal fans.

Eyes In the Night was released on 15 January.