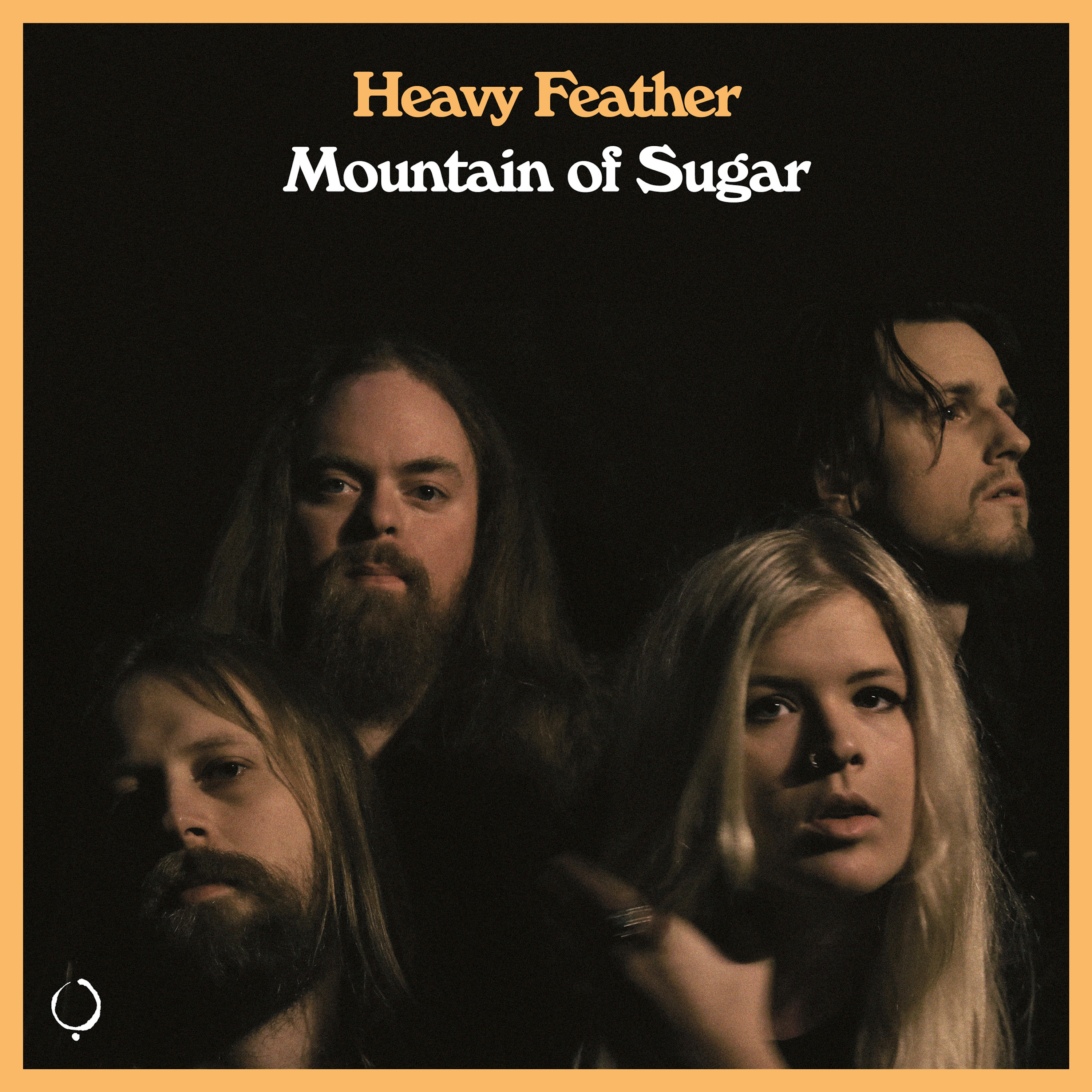 Heavy Feather’s first album Débris & Rubble (2019) was featured in RAMzine issue 22, when I said “they show how to take influences like Free, Cream and some Southern rock and fashion them into a genuinely new sound”. The five star review was well deserved, so it comes as no surprise that I was looking forward to their new album, Mountain Of Sugar.

My optimism was rewarded immediately with opener ’30 Days’, which is a brilliant heavy blues track with influences from Humble Pie and Small Faces guitarist Steve Marriott written all over it. You’ll recognise what I mean when you hear the melody and the stunning guitar solo, and the outro switches in feel with the rolling drum and guitar leading beautifully into the equally heavy blues of ‘Bright In My Mind’. The instrumentation is open and allows every instrument, every note, and every word their own space and the slide solo is genius.

The hard part for me is to not go on about every song. All eleven are short, but pack more into their space than many bands achieve in an album. Instead, I will have to pick highlights from an album full of them. The title track has a classic rhythm but with a new edge, and ‘Too Many Times’ tops many southern rock songs with an infectious beat and superb slide and vocals. ‘Come We Can Go’ has a fabulous drum intro (cowbell anyone?) and great riff sticking it all together. Even when lead vocalist Lisa takes a back seat on the southern – ish ‘Sometimes I Feel’, they still imbue early Cream into the mix but with added piano and harmonic — imagine a more weighty, bluesy Tom Petty.

There’s also a track playing on the title of that great debut called ‘Rubble and Debris’. It sums this band up brilliantly, as every influence and rock/blues/psyche trope can be heard. However, they wring the neck out of each one, and remold them into something new, fresh, and exceedingly good. The final track, ‘Asking In Need’ sounds like Velvet Underground with its psyche sensibilities but, even though it’s the slowest and lightest track, it still has heft, originality and immediacy.

This follow up is everything I could have wished for and more. Like Débris & Rubble, it shows skills and quality in every department and so, I say again, “they definitely deserve recognition and this is already on repeat, repeat.”

Mountain of Sugar will be released on 9 April via The Sign Records.