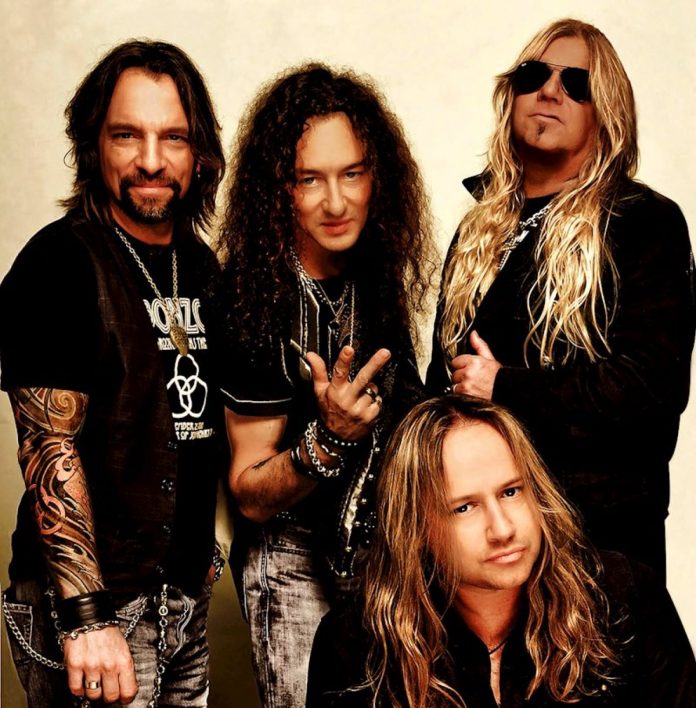 German hard rock and heavy metal act Voodoo Circle has revealed vocalist David Readman and drummer Markus Kullmann have rejoined the band, and have a new album on the way, following the release of their latest single.

Founded in 2008, as a project of Silent Force/Primal Fear guitarist Alex Beyrodt where after following the release the debut album a full line-up was announced, with five albums released thus far.

Alongside Beyrodt on guitar & vocals today are Mat Sinner (Primal Fear, Sinner and Silent Force) has played bass & vocals since the band formed, and as noted David Readmann (Pink Cream 69) is back on vocals and Markus Kullmann on drums.

The new album Locked & Loaded will be released 15th January 2021 through AFM Records but you can read an advance review of the record at RAMzine by clicking here.

A successor to Raised On Rock, released in 2018, Locked & Loaded  was mixed and mastered by Jacob Hansen (Pretty  Maids, Volbeat, Primal Fear) and includes the following songs:

‘Flesh & Bone’, ‘Wasting Time’, ‘Magic Woman Chile’, ‘Locked & Loaded’, ‘Devil With An Angel Smile’, ‘Straight For The Heart’, ‘Eyes Full Of Tears’, ‘Devil’s Cross’, ‘Trouble In The Moonlight’, ‘This Song Is For You’ and ‘Children Of The Revolution’.

‘Devil With An Angel Smile’ was released as a single late last year, and they’ve followed that with the title track, ‘Locked & Loaded’.

You can check out videos for both songs right here at RAMzine.

Locked & Loaded will be available as a digipak & limited editions on coloured vinyl. The album can be pre-ordered by clicking here.

“This constellation presents Voodoo Circle at its strongest, especially since the new material is practically tailored to our classic line-up,” Beyrodt declared.

Talking about the album’s direction he described its influences thus:

“The truth is that I had written a dozen songs fairly early, before Mat and I got together and decided that we wanted to embark on a slightly more retro and Led Zeppelin-oriented direction. Once the return of David and Markus was a fact, I sat down again and wrote some more numbers with that Led Zeppelin concept at the back of my mind. Because we absolutely wanted David’s charismatic voice and Markus’s brilliant drumming to play a prominent part in those new songs. In particular since Markus not only plays the drums like John Bonham but also looks almost like Bonzo reincarnated.”

Tracks like ‘Wasting Time’, ‘Magic Woman Chile’ and ‘Devil With An Angel Smile’ all point in that direction. Whereas, with the likes of ‘Flesh & Bone’ and ‘Eyes Full Of Tears’ the influences veer towards Whitesnake. “Here you can hear David highlight impressively how much depth his voice has,” enthused Beyrodt, adding with a wink: “And the title ‘Straight For The Heart’ indicates where the journey is going.”

Regarding the title track: “I’d call that number vintage with a modern twist, and you can even dance along to it,” commented Beyrodt, who also penned the lyrics (as well as the words to ‘Devil With An Angel Smile’).

“For me, that was a novel approach and I’m pretty proud of the result. “Thanks to my personal history, I’m very much your typical Strat guy, but in recent years I’ve learned that it can be very inspiring to give each song exactly the guitar it deserves. This way, I’ve discovered not only the Les Paul but also the Gretsch White Falcon, which I play on ‘Devil With An Angel Smile’, and ‘Magic Woman Chile’ even features a double-neck Gibson EDS-1275. That was a bit of a challenge for me, but at the end of the day it was well worth the effort.”