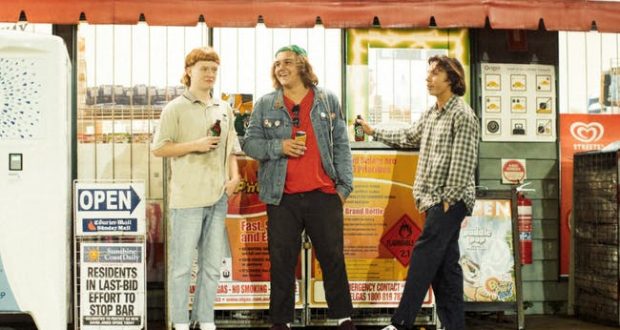 It was always clear that The Chats were onto something. After all, the Australian punk trio (comprised of Eamon Sandwith, Matt Boggis, and Josh Price) is likely the only artist who can say that they’ve gotten listeners around the world to boisterously sing along to a song about an STI, gained Iggy Pop as a member of their fanbase, and set the internet abuzz through the release of a single music video (‘Smoko,’ which dropped in 2017, has amassed nearly ten million views and countless comments declaring it “Australia’s national anthem”) all within the span of a few years. This week, The Chats are reaching the next milestone on their whirlwind journey when their debut album, High Risk Behaviour, drops on Friday.

High Risk Behaviour is a rip-roaring madcap journey from start to finish. Each track is a burst of an earworm that expertly spotlights the trio’s talent for putting together a superb musical arrangement and pairing it straight-shooting lyrics about, as you’ll soon read, just about anything. These elements play an active role in giving High Risk Behaviour the gritty charm that it so brilliantly oozes, and further proves what had always been growing increasingly evident: there’s simply no one like The Chats.

The Chats’ ability to create enthralling sonic snapshots of the mundane or difficult is ever-present on High Risk Behaviour. This is pioneering in the sense that never before have tracks about cyber crime (‘Identity Theft’), medical emergencies (‘The Clap,’ ‘Heatstroke,’ ‘Ross River’), and eating (‘Pub Feed,’ ‘Dine N Dash’) been something that people would would immediately think to turn on at a party or listen to to get themselves in good spirits during the morning commute. The fact that they most certainly are, though, is a testament to the trio’s ability to take any subject matter and transform it into a riotous carnival of their own creation.

‘The Clap,’ ‘Identity Theft,’ ‘Pub Feed,’ ‘Dine N Dash,’ as well as the track ‘Do What I Want’ will already be familiar to listeners as a result of having previously been released as singles (and for many of them, they were accompanied by delightfully screwball music videos to boot). The five tracks served as perfect primers for the vim and vigorous listening experience that High Risk Behaviour offers. This is because the tracks that listeners will be hearing for the first time this Friday all continue to carry the torch of insatiable spitfire energy that the set of lead singles contained.

‘Keep The Grubs Out’ delivers a stellar satire of a power drunk head of security and manager who take to admonishing others on arbitrary means, all in the name of “protecting the patrons.” The track is propelled by fuzzed-up bass lines, crunched-up guitar chords, and a chorus that begs to be belted out. These components, paired with standout lyrics including “I’ve worked my ass off to ensure that my venue is the best venue in this small pathetic town” and “we appreciate your understanding sir, feel free to come back when you get a haircut,” makes the track the perfect fusion of wit and grit.

Furthermore, ‘Drunk and Disorderly’ is the musical equivalent of a cold shot of whisky hitting the back of the throat. As the second-shortest track on the album at just one minute and sixteen seconds, The Chats prove that quality can exist without duration – which is a skill in and of itself. The spark plug of a song is rich in rhythm and has an infectiousness that seeps deep into the bones. The verses, which contain bass and drums alone, wonderfully showcase Sandwith and Boggis’s talents as a rhythm section. When they are joined by Price’s guitar on the choruses, it amasses into a full-throttle explosion of electricity.

High Risk Behaviour has all the makings to go onto achieve status as a modern classic, and quite honestly, it should. With each track boasting a natural sense of snarl and swagger, the album is effortless to like and difficult to forget. However, what lies at the epicenter of High Risk Behaviour’s appeal is that it is an album only The Chats could have delivered. This is a nod to how well they clearly know themselves as artists, and it manifests itself in just how organic each and every track feels. Nothing is forced. There are no frills. There is no beating around the bush. The rollicking, punk-fueled ride that is High Risk Behaviour is one that only The Chats could have ever taken us on. Who else is writing high-spirited songs about pub food, STIs, or having their identity stolen while trying to purchase drugs online – let alone all within one album? Exactly.

High Risk Behaviour has the makings of a modern classic because it likely didn’t set out to be one, and that’s what makes it so authentically magnetic. Through doing so, The Chats are further building a league of their own on a playing field of their design, by rules entirely of their own creation. If you haven’t already, you’ll want to take your seat in the stands and start watching.

High Risk Behaviour will be released on 27th March via Bargain Bin Records.

The Chats create a riotous carnival on debut album ‘High Risk Behaviour’
It was always clear that The Chats were onto something. After all, the Australian punk trio (comprised of Eamon Sandwith, Matt Boggis, and Josh Price) is likely the only artist who can say that they’ve gotten listeners around the world to boisterously sing along to a song about an STI, gained Iggy Pop as a member of their fanbase, and set the internet abuzz through the release of a single music video (‘Smoko,’ which dropped in 2017, has amassed nearly ten million views and countless comments declaring it "Australia’s national anthem") all within the span of a few years. This&hellip;

Previous: Full concerts and documentaries you can watch on YouTube whilst Staying Home / Self-Isolating
Next: Fortunate Losers Make Waves 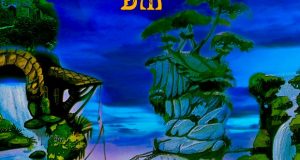 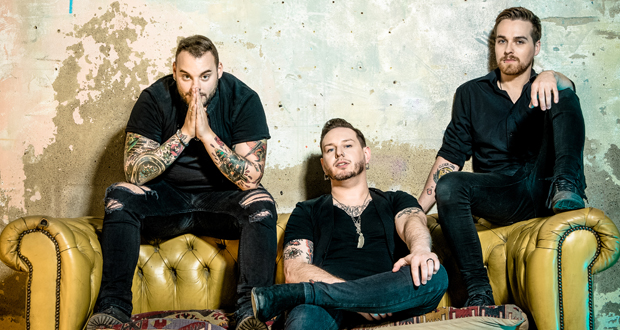 The Art of Disconnect is the new release by The Rocket Dolls and sees the ...