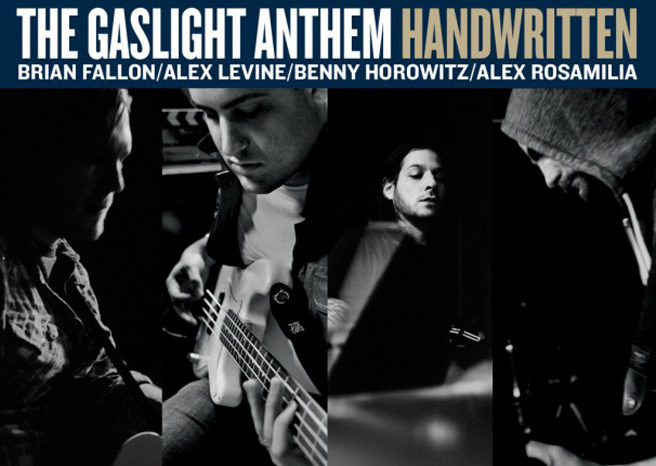 The first thing heard upon listening to The Gaslight Anthem’s fourth album is confidence. Handwritten is the album of a band that has settled comfortably with their own sound, the changes being taken by the band found in the tone of the album. Brian Fallon has written an intensely personal record, one that contains examples of the band at their best.

There is a heft to this album that was sincerely lacking from the previous effort from the band “American Slang”, felt both lyrically and in the sound. Producer Benden O’Brien has definitely lent some of his metal experience over to the band. The albums sound is heavier, and it’s a change that fits extremely well. In moving away from the pop sensibilities of their previous effort, “Handwritten” manages to keep safe the classic rock sensibilities that garnered the band a following in the first place whilst also expanding their capabilities. 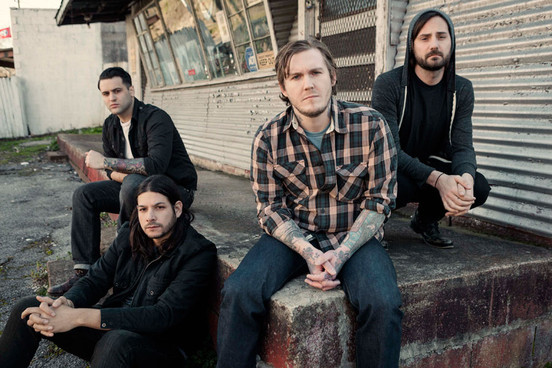 The Gaslight Anthem’s influences are worn proudly on the bands hypothetical sleeve. There’s a smattering of Dylan, a huge nod to Springsteen, and even a passing wave to Mr. Cash. The album’s opener “45” is a sturdy little piece of radio play – simply chorus and power chords a-plenty. But past that the album is quite happy to delve into some deeper tricks, never quite stepping off the punk pedal until the closing track. Even when the band slows things down, the riffs are dirtier, packing a heftier punch, such as in the terrifically brooding “Too Much Blood” or “Biloxi Parish”. It’s all guitar solo and wrought out lyrics, and it just works. Lyrically is where the Springsteen influence can be seen most clearly, not completely in content, but in structure. The lyrics come quickly and on a first listening may be missed entirely, but for those with patience there is some fantastic work. Fallon’s not the best singer in the world, but the passion seared into each line and each shout is undeniable. The synchronicity between each lyric and note is damn near perfect, and the result is an adrenaline shot of an album, one that’s hard not to turn back to the beginning once it’s over.

There’s a remarkable job of levelling the slower tracks with the punk, the album only truly drawing breath at the end, with “Mae” and “National Anthem”. Even then, it feels natural. “Mae” is a sweet little track musing on unrequited love, saved from cliché by its own simplicity. “National Anthem” compares sets the singers relationship to America to an affair that has lost its chemistry and joy. It’s gaudy, but it works, slowing the pace down to a light acoustic strum. One almost wishes the album ended with kind of apolomb it carried in its earlier tracks, but why complain about a good song?

This is a damn good album, and if you want some pure, fast rock it’s going to be hard to find better. The Gaslight Anthem are constantly playing to their influences strengths, and it would be interesting to see what would happen when they try and step out from that shadow. But if this is the quality that the band is going to produce for the rest of their career whilst under it, I think I’ll definitely live.

Share
Facebook
Twitter
Pinterest
Linkedin
Email
Print
Mix
Previous articleMISS MAY I Unveils New Music Video for ‘Ballad Of A Broken Man’
Next articleCoheed & Cambria are back! With not 1 but 2 new albums on the way!!