The Mastelottos provide ‘A Romantic’s Guide To King Crimson’ 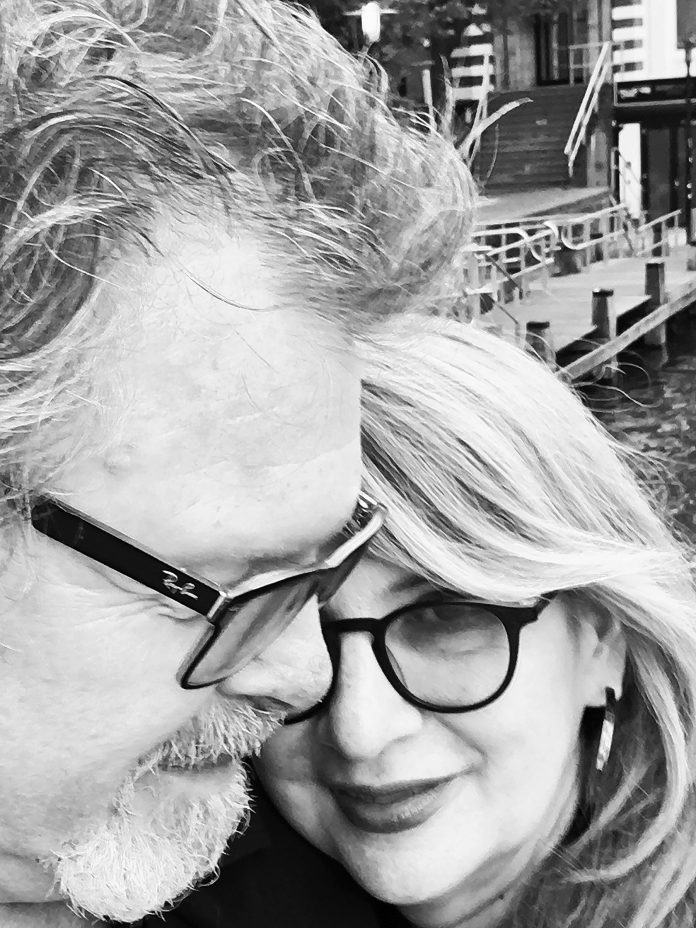 I confess that the artists name, The Mastelottos, piqued my interest as I knew Pat [Mastelotto] of that appellation has been the drummer for King Crimson since 1995…but why the plural? How does the title (A Romantic’s Guide to King Crimson) sit with a ‘Crim Head’s’ love of the band?

Well, the easy one first: the name is plural because Pat and his wife, Deborah, are the driving force behind this new approach to the King Crimson catalogue. I’ll let Deborah explain more: “We compiled King Crimson songs and searched for the romanticism in them, then re-arranged them. The addition of a girl singer automatically changed the feel of those songs and placed them in a different genre. Our idea was to create a way for people, especially women, to appreciate the beauty of King Crimson’s music without the fear and sometimes resistance attached to the word ‘prog’ getting in the way. We slowed the songs way down and stripped them back to their essential lyrics and melodies.”

The album was completed during lockdown, which gave the duo time to select, rearrange and, with the help of a capable cast of musicians (including Adrian Belew, and Tony Levin, and 20 other capable souls) present a magical reworking of some the band’s more recent classics.

The words pudding, proof, and eating spring to mind. So, when I hit ‘play’ and was regaled by the crystal instrumentation, vocals, and production of ‘Two Hands’ from the ’82 album Beat, it quickly became apparent. I must admit that the Mastelottos treatment works very well. Dammit, after listening to the original, I actually think this one is better! The Thrak album provides another highlight as Pat and Deborah go via Parisian walkways to conjure up a totally new and enthralling version of ‘Inner Garden’. My favourite has to be the brilliant acoustics of ‘Sleepless,’ which is totally different but totally wonderful too.

This album will divide us Crimson fans but, to the doubters I say: give it a listen and prepare to be pleasantly surprised. I only had 5 out of 12 tracks that the full album will have when released aptly on February 14th, but that was enough to convince me that it will be worth getting the rest too, and I’m particularly looking forward to their version of ‘Elephant Talk’.

A Romantic’s Guide to King Crimson was released on 14th February.