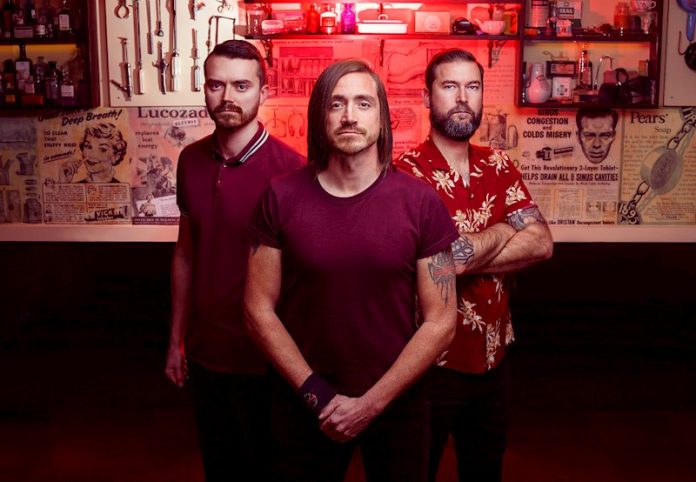 The band came together in 2011 and have picked up many a plaudit on the way to this latest release (due 26th February) of an EP called Intra EP. This six-track set is the first of two EPs following their previous three (or five if you count the acoustic and live) albums; the last one being the rock packed ‘concept’ album about a time-traveling RAF pilot….suffice to say it worked! Pleasingly they have continued to stamp their modern take on British Classic Rock…if I had to compare, then Wayward Sons spring to mind.

Opener, ‘Green Eyes’ sets the tone nicely with a typical anthem ready feel to the structure: melodic verses, sing-along chorus and a stonking guitar solo are all present and correct. The same can be said, to a degree, about ‘Wake Up, ‘How Many Times’ and ‘Fight The Fire’ but they are all very different and rather bleedin’ good. My current favourite though has to be the more staccato and funky ‘One Track Mind’ even if it does become an anthem too! Closing track ‘On The Run’ wraps it all up nicely with a heavier riff that is irresistible and varied and has the best solo of a very good bunch..not flashy; just the right amount of notes fitted in the right places.

So here’s a band that deserve more recognition for their brand of rock solid, melodic and engaging music. I think they would have been more widely known by now if the damnable Covid hadn’t curtailed their touring because, all of those that have seen them know they are quality. Looking forward to part two guys.