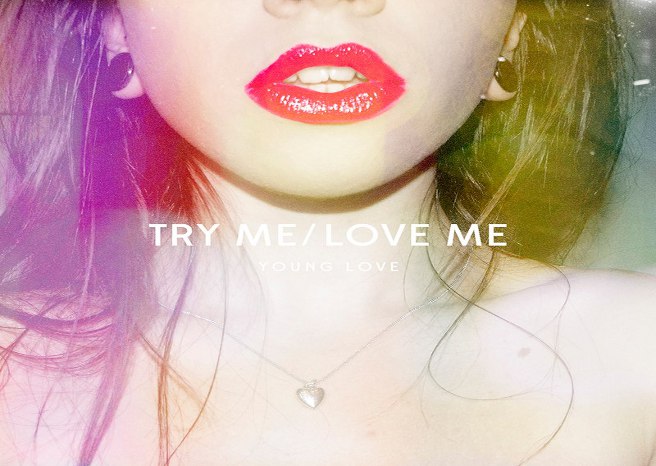 The brainchild of Heart in Hand’s Charlie Holmes and Hearts Under Fire drummer Lexi Clark, it is a surprise that the Try Me/Love Me don’t have hearts in their name somewhere.  But this is beside the point.  There was part of me that thought that Holmes would trade in the trademark gruff vocals and screams of Heart in Hand for something cleaner and somewhat more radio friendly.  That not being the case though, Try Me/Love Me have put out an amazing modern day rock and roll record that doesn’t suffer from trying to make the guitars overly heavy and unlistenable and although the vocals aren’t as clean, the record binds together perfectly.

It’s instantly recognisable that their influence has come from Gallows, to the point where it you may mistake this for an unreleased session from the Frank Carter era, and while that is high praise, it may also be seen as a criticism for not trying to take that sound and stamp their own authority on it.  When first hearing TM/LM (doesn’t have the same ring as AC/DC really) the thought hadn’t crossed my mind, but the more I listen now the more it plays on my mind.  It may have been the reason for thinking this record may have lead to a cleaner sound in Holmes’ voice.  While it is early days for a, and I hate using this to describe any band, side-project to find their feet this is a good starting point.  The whole sound is polished and a fast paced record that is crying for the volume to be turned up but I just wish there were more that set them apart.