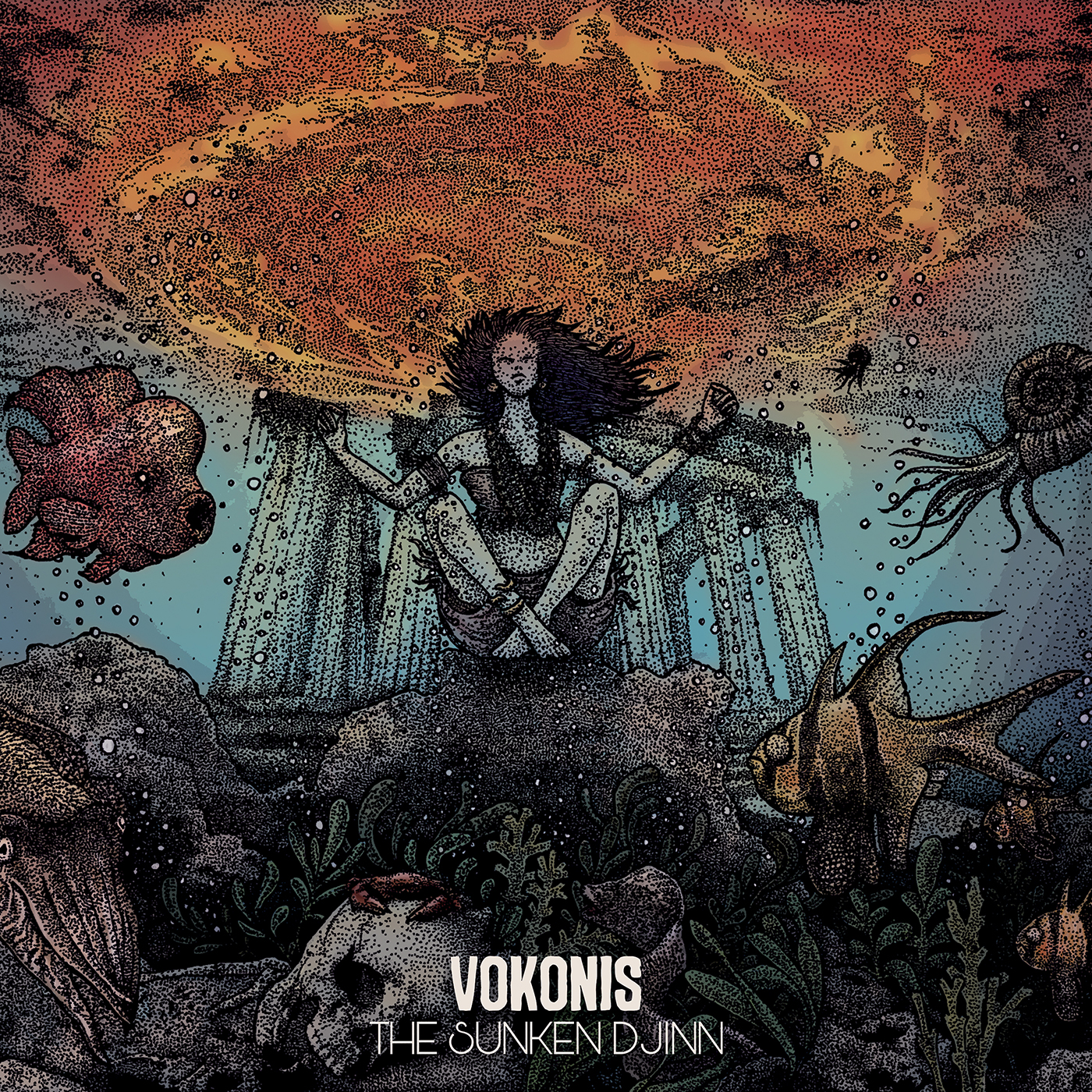 When you find a label new to you, and they seem to have been behind every release of the year you love so far, you seem to set a higher level of expectation. Ripple music have been behind the releases from White Light Cemetery, Steak, Mothership, Palerider and many more, but recently was the time of Vokonis. I’d already heard a little of these through research into what other familiar bands of those listed, and despite being listed as a stoner rock band, they give so much more.

‘The Sunken Djinn’, title track of the release is the opener, and be prepared to strap yourself in for its magnificent ride in doom/sludge glory. Smashing out with an extra dose of heavy, Vokonis throttle you around the throat and drag you across before letting up for a fleeting moment of almost progressive flamboyance. From the opener alone you know exactly what they are all about, imagine Sleep crossed with Black Sabbath and something like Crowbar. ‘Calling from the Core’ weaves through violent bursts and gentler passages and leads well into ‘The Coldest Night’, a massive shell of hellbent destruction, absolute sludge heaven. As good as that is though, the next two tracks are the steals of the album, ‘Blood Vortex’ and ‘Architect of Despair’. A perfect pairing of everything Vokonis should sound, and everything more. Emotion, thought, heaviness and musical genius all take part in the two.

‘Rapturous’ takes a similar path to some of the earlier tracks with their great, stoner/sludge/doom style before exiting on a gentler sound, despite its harshness with ‘Maelstrom’. Given the album is only 7 tracks long, it sits in at weighty at around 40 minutes long, it is a monumental release and really should stand the tests of time and give bands of similar calibre something to worry about. A band really worth checking out and getting familiar with.

Vokonis – The Sunken Djinn was released via Ripple Music on June 9th.