Wildhearts vs Birmingham, 25th anniversary show goes down a storm 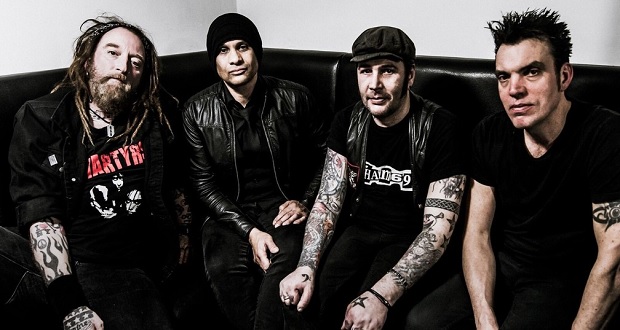 Hot on the heels of the wildly successful series of “Britrock Must Be Destroyed” shows across the country in may this year the The band will celebrate ‘Earth vs The Wildhearts’ turning 25 by playing the album in its entirety, an album bursting at the seams with hit after hit it’s no wonder the London show was sold out.

Tonight they roll into Birmingham at The Mill (a great venue by the way well worth a visit) and will end up in Glasgow the following night. As soon as Ginger and Co. hit the stage the place goes bananas with little introduction they launch into ‘Greetings from Shitsville’ in which the word London was enthusiastically changed to Birmingham by the fans this was probably one of the loudest shows I have been to in a long time not just the band but the crowd too.

They plough on with little to no stopping between songs ‘Everlone’ had one of the best sing-along moments of the set closely followed by the raucous ‘Caffeine Bomb’ where the near sold out mill collectively made the vomit noise in the middle of the song. ‘Miles Away Girl’ and ‘Suckerpunch’ were two more of my personal favourites from the evening. as the band finish the set and walk off stage the whole crowd burst into applause and song we all sang ‘don’t worry about me’ which gave me chills I have to mention, this being my second time ever seeing the Wildhearts I don’t think any band besides maybe iron maiden has the kind of fans they do.

Everyone is having a blast, front to back and side to side everyone singing along eventually the band come back on to thank everyone and launch into what I can only describe as the greatest hits set including ‘Vanilla Radio’ ,’Geordie in Wonderland’, ’29x the pain’ and finishing on ‘I Wanna Go Where The People Go’ two days later my ears are still ringing and I have a massive smile on my face! This is a band by they’re own admission are lucky to be heard to play shows like this one and you can tell on each of they’re faces they are loving every second of it.