CAMDEN ROCKS FESTIVAL is an independent urban festival that presents over 400 of the best rock, indie, metal and punk bands. The showcases are held in more than twenty of Camden Town’s favorite venues, including the Electric Ballroom, Dingwalls, The Underworld and The Hawley Arms.

CAMDEN ROCKS is described as the largest rock & roll party in Britain … with an exciting atmosphere that matches the unrestrained energy and zip of London’s most bohemian & creative post code.

Revelers will enjoy a magnificent day of illustrious entertainment without being up to their waists in mud! And it’s located in central London, so it means the festival is super-accessible by public transport.

Early Bird tickets for the 2019 event are sold out but some Day, Weekend & Aftershow tickets are still available. 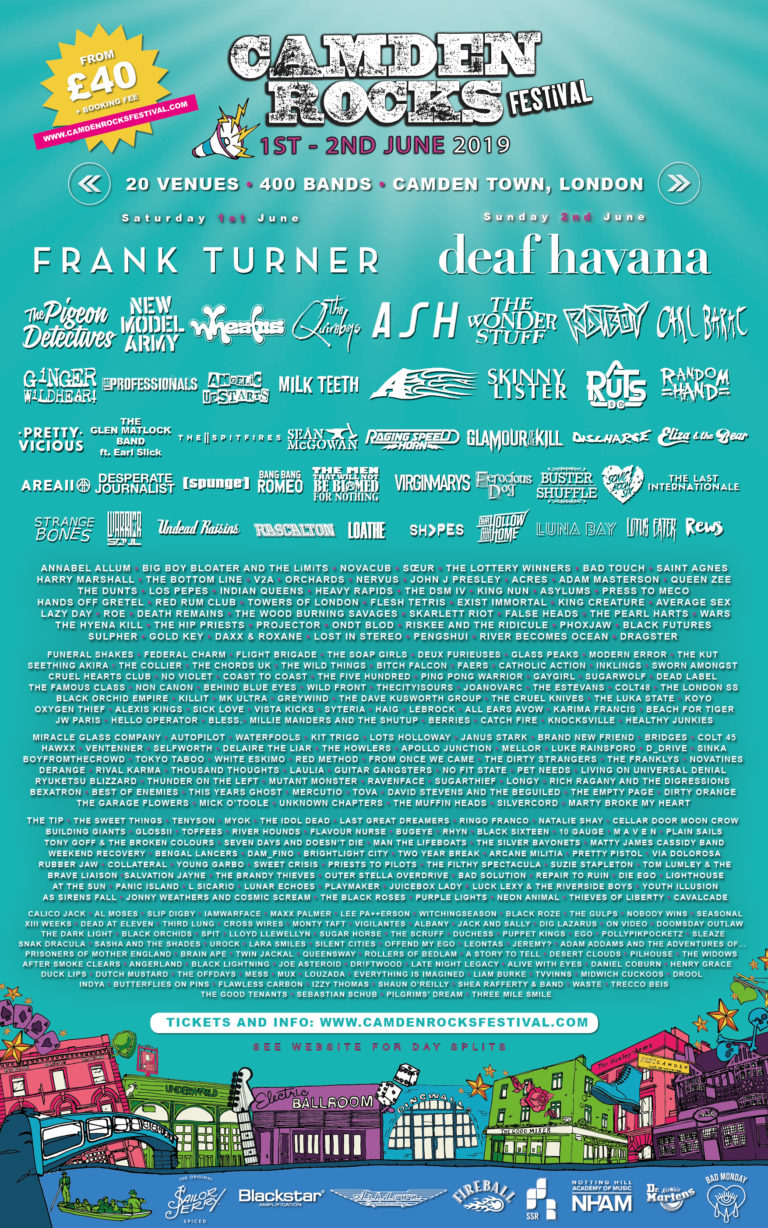