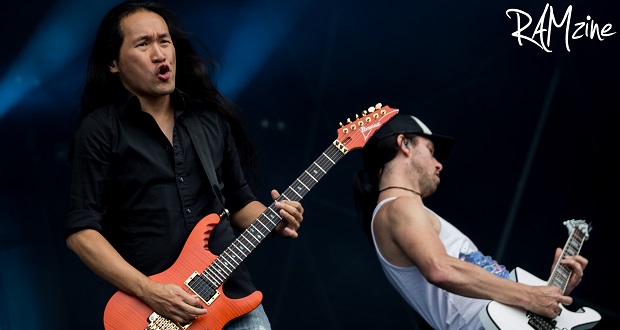 Anyone who has even dabbled in rock and metal in the past decade has surely heard the anthem that is ‘Fire and The Flames’ known for its intricate guitar work and power-metal vocals. By popular demand the track was even featured on Guitar Hero III and usually seen as the most challenging track to master. Since then the five-piece have been through line-up changes, multiple festival appearances and a collaboration with BABYMETAL. Celebrating the release of their ‘Best of’ album the speed/power-metal band performed a blinding set at this year’s Bloodstock-Open-Air.

We caught up with legendary guitarist for the band Herman Li who let us in on why they have staying power, playing festivals and his favourite guitarists.

Below is our first podcast from Bloodstock  featuring  the interview with Herman Li. Let us know what you think in the comments on Facebook and on Twitter.

Check out the photos our photographer Ash Crowson caught of DragonForce at Bloodstock 2016: