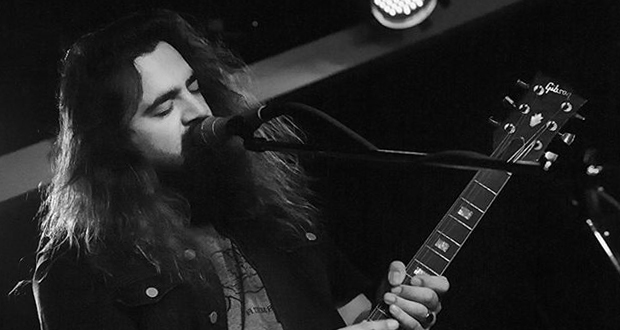 The Picturebooks hail from Gütersloh in Germany, consisting of two musicians Fynn (Vocals/Guitar), Phillip (drums). They have been on the scene a lot longer than people would imagine, supporting the likes of The Answer earlier this year in the UK. They are now ona  headline tour across the UK, then off to Europe for another 60 dates. Their life revolves around skateboarding and making their own kind of music sound good – as well as different!

We caught up with Fynn Claus Grabke of alternative rock and blues band The Picturebooks, at the Slade Rooms in Wolverhampton.
[huge_it_gallery id=”20″]

The Picturebooks consists of just two members Fynn Claus Grabke (Vocals, Guitar) and Philipp Mirtschink (Drums). How did it all start?

We are from a small town in Germany called Gutersloh. Half of the town is British (‘cos we have the second largest military airport there) so it was always fun, we had good laughs.

It started at a skate park. We kinda met as we were the only ones who were into that weird music that we listened to back then…. a lot of David Bowie and The Cure, Velvet Underground, Iggy and The Stooges. All stuff that other kids in the skate park and my school and others we hung out with never really listened to. There were just a very few who listened to that kind of stuff so we were kinda outsiders.

Your music has such a raw edgy feel to it, was it a conscious decision to use only guitar and drums?

Yeah it was. To be honest, we had a bassist earlier on, we were a three piece a long time ago. It worked out good with that dude and we had two albums out but they were only released in Germany and Switzerland. My Dad (the Manager) produced the albums. He said it was like a training camp. You go through all this, learn all about the business because we definitely had a lot to learn. We weren’t expecting it to be so fucked up, if you know what I mean. Everyone tries to fuck with you and we’d have probably signed a lot of deals that we shouldn’t have signed and made decisions that weren’t cool.

When the bassist left we were in a situation where the three of us were still best friends. He’s doing good now.

Before it was as if we had a little stick in the system and it stuck – you grab it out and it works again. We had a creative overload at that time, a lot of the songs on the album now were written in the first four weeks or possibly even less. It was just like constantly writing new songs, it was good, it was a very cool time.

You recorded ‘Imaginary Horse‘ in a garage, did this help you get the effect you wanted to achieve, especially with that thumping drum beat?

Oh yeah definitely. It wasn’t that we said “let’s records it in the garage”. The garage is right next to the studio that my Dad has and both of us work in. But we practised in the garage and we always loved the sound in there.

When we went to the States a lot to get inspiration, we got lost in the desert and all kinds of stuff, like rode Choppers. It was always good times hanging out there, and every time we came back we’d been very influenced by that musically. We weren’t listening to bands or music in general for two years at that period of time, so we were inspired by these situations.

When we went into the studio and tried to record the song we just wrote, it just sounded very……well it still sounded good but it didn’t sound perfect. We were like “it should sound like that” like in the motorcycle garage because a lot of these songs needed a different ambience, yeah. We tried to re-do the sound and it didn’t work out so we pitched back outside in the garage.

You told us about some of your early influences David Bowie and The Cure etc… Thinking back a few years when you first started, what else influenced you?

It’s music and stuff that just happens around you which inspires you. For me personally, it’s my Dad.  He has been in the business for a long time and used to be a professional skateboarder and he was always very inspiring. I really love him, he’s really great.

Through skateboarding, we were inspired by a lot of skateboarders and through them we got into the music we play now. A lot of skateboards will agree that in the skate videos, that’s where you get your tunes kinda right.

You are back in the UK for headlining dates. How has it been so far?

We have 10 dates here and we also have almost 60 around Europe! We are really, really excited about it. It’s our first headlining, so it’s time to see what happens.

We hope it all works out, I think this is the fourth show now and so far it’s been good. We had one little dip in Newcastle but we still liked it, it wasn’t full that’s all. We’ve got no big PR behind this, no big company so it’s all word of mouth and social media, so we are happy for everyone that shows up even if it’s just five people.

Today we we’re a bit shocked because it’s a huge venue and we saw that Kadaver played here and usually pull a lot of people. We went on tour with them at the end of 2014 and that was awesome.

We have a backstage room!  We’re not used to that!  You know it’s weird but fun. We definitely have territories we need to work on with clubs like this.

We go to California and pull between 500-800 people and it works out really good and we have areas around the world where it works like that but we need to play and get our name out there so we think it’s time to show the people what we are doing and where we are doing it right now.

So when you are travelling between gigs, what do you do?

Besides sleep…well we love Starbucks! We like to see where we are. You know we’ve travelled a lot over the last few years, constantly touring around the world. If you spend a lot of time in the van then on planes and in more vans, you kinda think “I want to see where I am”.

Phillip and I are really thankful for this right now. With us as best friends and getting the chance to do this together so when we’re in town, we try and get something like a bike or skateboard and just go round and see where we are and do stuff.  You know it’s still hard and sometimes we are just too exhausted to be honest and like you’ve seen, it’s just us two and my Dad and we all drive to places.   So we have moments where are too exhausted and so we try and save some power for the next show. We try not to overdo it but still sometimes we party hard you know, shit happens! But we try and keep it as low as possible.

And finally, what are your plans for next 12 months?

We have a pretty clear view at the moment, we’re gonna do this tour and get as much inspiration out of the tour as possible and then go directly to the studio.

As of December we are back in the studio and we’ve already written some new material and I think we already know where it’s going because we have a lot of ideas.

When we are in the car driving I always have my metals on my iPhone and he’s in the back going “I can do this, I can do that”.  We had some cool moments on the last US tour a couple of weeks ago where a lot of people gave us their percussion instruments.  We have a lot of native Americans who like our music and in their words they are saying “you guys are doing our music, the vibe that we have but you put a completely new texture on it and it’s crazy.  You touch me very deeply”.  They had all these compliments and it really felt good, we were very touched by it too, so we wanna use those percussions that they gave us and one of them is like made out of bullet casings and it’s cool.  We wanna use that stuff on the new album.  There is a lot of stuff we can’t talk about now, internal stuff, labels, situations but yeah we are definitely ready to keep doing this.

Lisa Billingham
Lisa is a RAMzine photographer but also loves to interview and very occasionally review when she doesn't have two cameras in her hands. Lisa owns Billibee Creative with her husband Rob (also a RAMzine reviewer / interviewer)