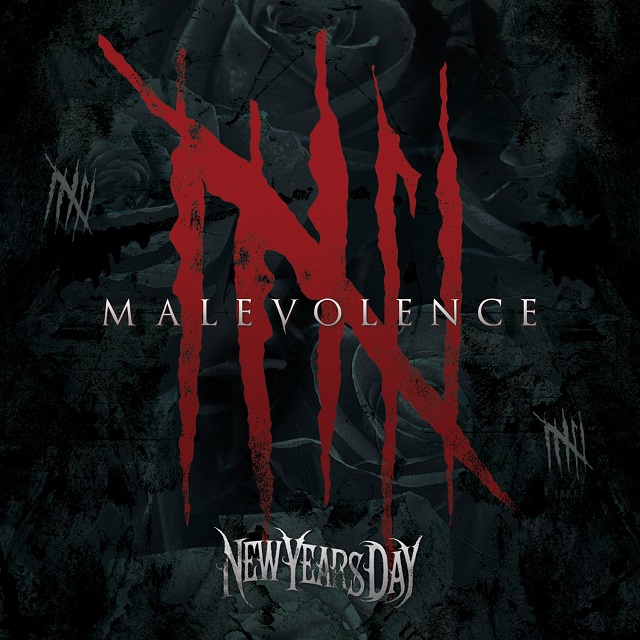 A soon as a couple of years ago the idea of ‘goth rock’  being cool again seemed very unlikely. Enter the whole ‘New Grave’ movement: bands like Ashetoangels, Fearless Vampire Killers and The Dead XIII have made heavy eye-liner, all things macabre and the colour black awesome again. One band representing this movement over the pond is New Year’s Day.  Fronted by Ash Costello, the California collective have been playing for almost a decade but it’s only recently NYD have caught our attention. Hopefully this will be somewhat of a breakthrough record.

Opening with lead single ‘Kill Or Be Killed’, we are introduced to everything that constitutes as ‘New Grave’. Industrial production, grungey guitars, and melodic vocals with a dash of hair metal thrown in for good measure. This works very well as an opening track and potential radio-friendly single. Costello’s vocals on this track and its successor ‘I’m About To Break You’ is halfway between a female Brandon Urie and Joan Jett with elements of Maria Brink. It’s no secret that NYD have a very wide appeal, and rightly so – thry write songs that work as pop-rock as well as fitting in with punk, metal and industrial. Like their contemporaries In This Moment, they shouldn’t be overlooked as ‘another band based on looks’ by their critics. All music, especially organic music, should be judged merely on sound.

Clear influence from the nu-metal scene from bands like Static-X and Linkin Park is apparent on tracks like ‘Left Inside’, even if it does verge on  ‘Chocolate Starfish’ era Limp Bizkit. Not that there’s anything wrong with that. The danger here is that a lot of the tracks start sounding similar the shorter and more frequent they get.  Although this can work for a lot of bands in the ‘new grave’ scene NYD benefit from full, structured songs.

I can see a lot of Ash Costello’s existing fan base LOVING this album because it is a great listen, as well as having some relatable lyrics. Which all great bands use to connect with their audiences. Take ‘Relentless’ for instance,  lines such as: ‘They are fixated on bringing down my name/The grudges that you hold have no effect on me”  –which is about Costellos critics, and past bullies, will speak to NYD’s core audience.  Retrospectively bands who deal with these kind of issues speak their dedicated fan-bases – think The Smiths, Nirvana, Blink 182, My Chemical Romance – the list goes on. NYD could potentially fill the void MCR left a few years back. Emo is out, New Grave is in. The only way is forward for NYD.

This indeed will be New Year’s Day’s breakthrough record, their ‘Black Album’, if you will. It has been announced they are going to be supporting Marilyn Manson on his Euopean tour. This is NYD’s next step to conquering the world. Expect their logo to be pretty high up on the Download 2016 poster.  This album proves why.