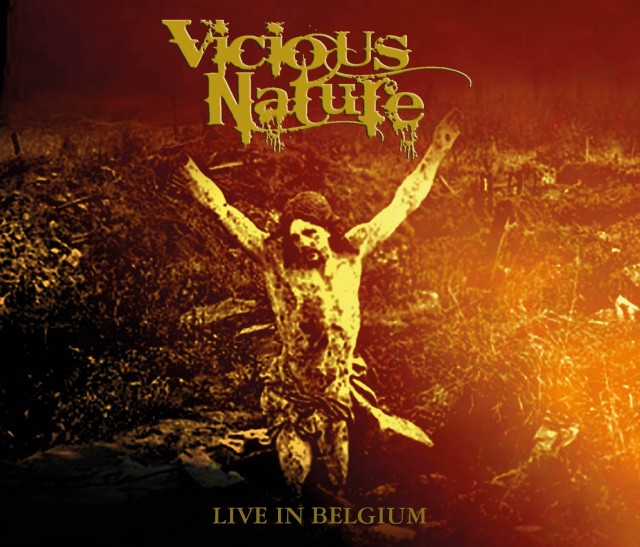 From the West Midlands to the Wizzfest in Belgium isn’t too far a stretch, and three years down the road into their career it’s where you would have found Vicious Nature this spring, delivering their collective metallic goods to an enthusiastic crowd. Things went down so well in fact, that in playing back a recording of their set they decided to release them as a three track EP, the aptly named Live In Belgium.

With ex-Marshall Law members Andy Pyke (vocals) and Andy Southwell (guitar) leading the frontline, and former Cloven Hoof drummer Jon (JB) Brown kicking up a storm in the rear guard alongside bass player Mark Culley (ex-Cerebral Fix) there’s pedigree among them with influences that take up the heavy metal gauntlet from the eighties onwards, with a nod and a wink to power metal and a more than firm handshake to thrash too.

Seven albums in and having supported the likes of Deep Purple and Motorhead in Europe, Southwell had to leave Marshall Law due to a hand injury. Fully recovered, a chance meeting with Culley who he’d played with during his youth gave momentum to the formation of a new band. Since then the quartet that is Vicious Nature has forged ahead, playing locally and on the festival scene, taking in the likes of Hammerfest V and most recently Wizzfest. Whether it’s a financial consideration or reacting to modern listening tastes, EPs are how the band have been choosing to commit their work to posterity and positive reviews, as too this latest live one.

Each of the three tracks featured on Live In Belgium has its merits, but it’s a curious beast. Listen to one of the songs on its own and you appreciate it, listen to the triumvirate of recordings together and it’s an altogether more synergistic experience, but the moment it stops you’re waiting for more. Talk about keeping fans eager.

It begins with a bellowing introduction from Andy Pyke as they deliver ‘Salvation’ dripping with tuneful angst and rage over a guitar sound that is colourfully corrosive as hard jagged riffs are met with pummelling drums, giving way to a chorus melody that I can only liken to the clown from Stephen King’s It movie about to come and mug you. With a solo thrown in for good measure, then near the end the band briefly easing off the pedal to play with the song’s rhythmic dynamics shows they’re not one-dimensional and that it’s all quite seamless is pretty impressive. 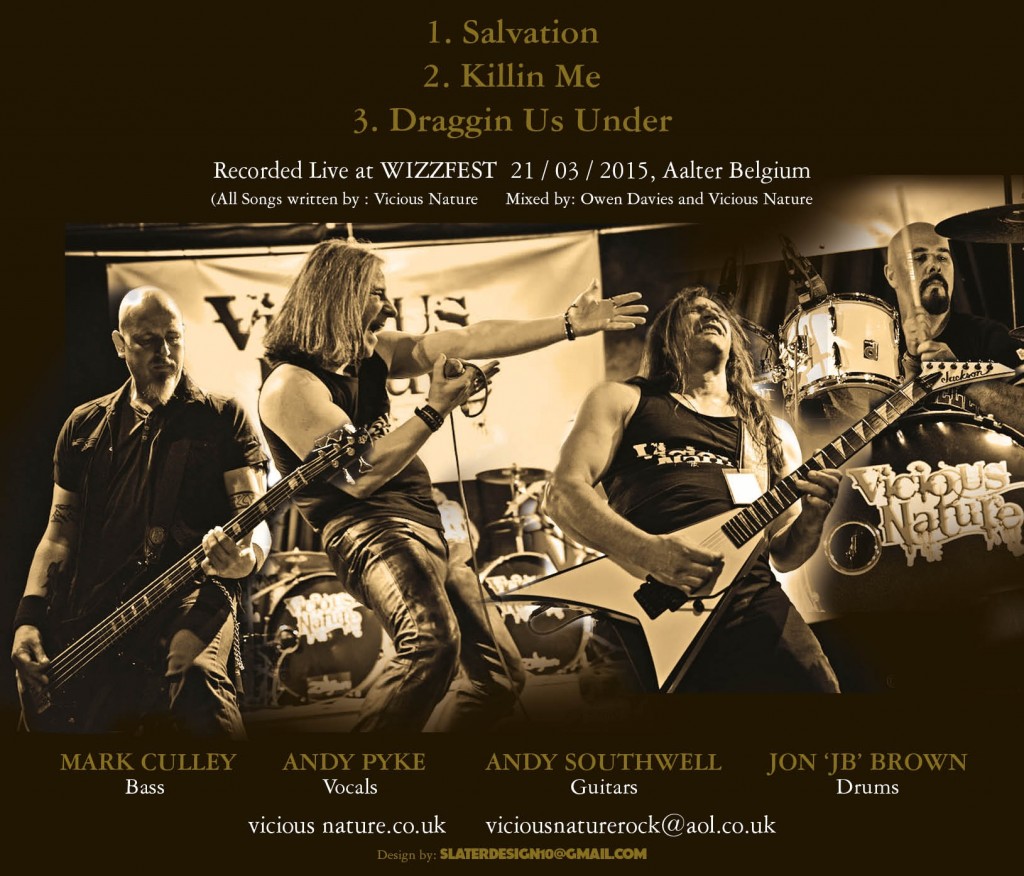 Segueing into ‘Killin Me’ it’s akin to a couple of prize-fighters working their aggression out in a moshpit only for Vicious Nature to add vocal harmonies and come over surprisingly cute as they sing the murderous lyrics of the chorus, while Southwell pulls out a Van Halen-influenced guitar solo to further reveal his creative palette. Aggression for its own sake does little for me musically, but the variety of tone and timing offered over these tracks, and so tightly played and sung, keeps my attention; doing so until the end as ‘Draggin Us Under’ veers between military style thrash precision and early Sabbath downer grooves, leaving you with the quandary of how you’re going to hear more without seeing them live yourself.