Deliberations From The Shire with Mike James – Coburg 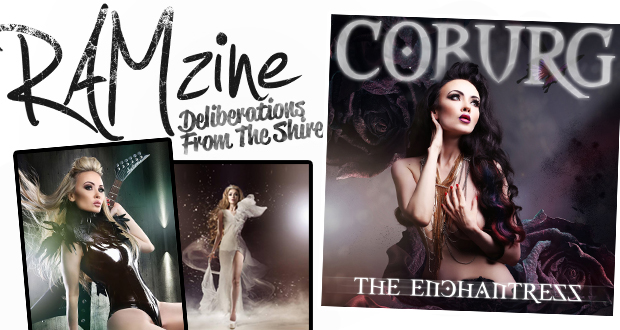 This is the first full-length album by symphonic gothic act Coburg, based in London. The Enchantress perfectly sums up the frontwoman Anastasia who the band are named after. This album is a melting pot of synth soundscapes couple with her full vocal range be that haunting and gentle to full of power and gusto.

Releasing The Enchantress around this time of year works so well as the nights draw in and the weather changes to a more gloomy feel for the next few months. One moment your listening to an epic guitar solo that would put any of their peers to shame the next the pace has upped and you feel like you want to break out of hell and go menacing people. The tracks on this album could be played alongside a multitude of acts ranging from Butcher Babies and Rammstien to NIN and Nightwish or Huntress.

I was hooked on this album on first play as I walked to the office and the sun was rising on an overcast day, it’s hard to pick a few standout tracks as they all hold up for me but if I had to pick it would be ‘Warriors Bloods’ just to sing along to, ‘Till The Bitter End’ is a beautifully sweet song and ‘Echoes In The Night’ is just simply a future anthem.