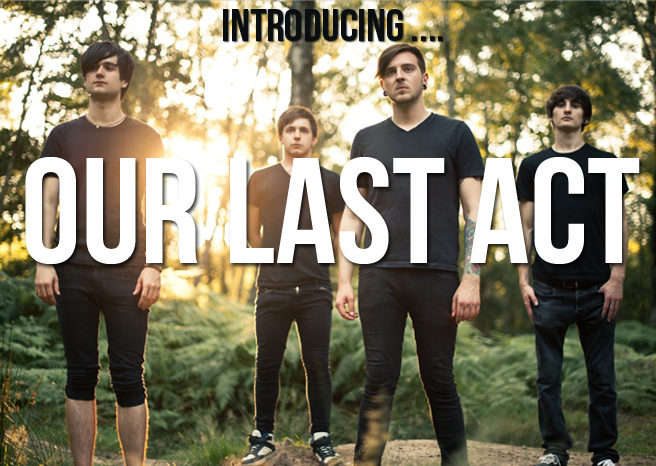 “To change our local music scene and bring something new to people’s ears”.

That is the mission statement of Reading five piece Our Last Act, who since 2010 has been doing just that. Formed of Kieran Palmer (Lead Guitar), Ben Perrin (Rhythm Guitar), Matthew Maidment (Drummer) and Callum Thomas (Singer/Screamer) they have been honing in on getting that certain sound that will separate them from the rest, something they have achieved in style. The aggressiveness of the band is perfectly accented with the switches to clean singing and fast paced rhythm guitar; a prime example would be the single Chernobog, which finds that perfect balance between almost unrelenting heaviness and powerful melody.

Though OLA have had their fair share of problems with enough line-up changes that might cause other bands to call it day, they have persevered and secured shows with the likes of Texas In July, Heart In Hand and Polar. One thing that stands out about OLA is their solid determination and perseverance. In this day and age it seems to be harder and harder for bands to start up and keep any momentum going, though the band seem to use this as an incentive, to show that it can be done, and done well.

Already OLA have begun work on their follow up EP, which they know will be no easy task given the success of their previous release, however, by maintaining their close relationship with the fans through studio vlogs and updates through almost every form of social media, they are confident that it will be just as well received and show a new direction the band will take.

While the band may not be known in some parts of the country, that will inevitably change, as OLA have already proven themselves thus far and are determined to continue that.