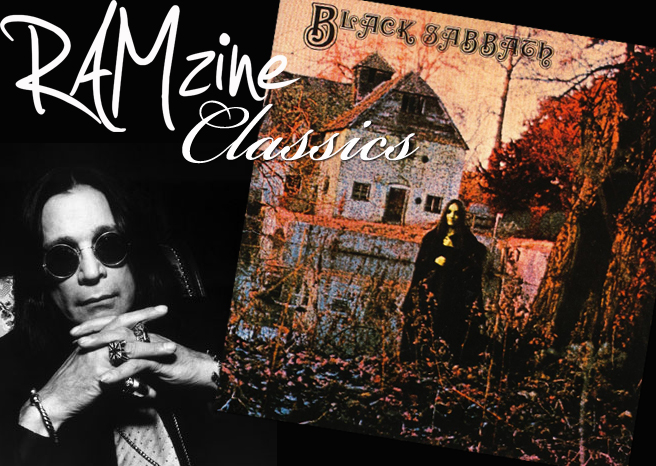 This is the album that started it all, by the band that started it all. Black Sabbath were the first heavy metal band. That is a historical fact. The way they went about creating their music, utilising the diminished 5th chord, also known as the tri-tone, to create powerful evil music. Their dark lyrics further fuelled this completely original sound and made them the pioneers of the heavy metal genre that we love so much.

Formed in Birmingham, England, Black Sabbath are the blueprint for every heavy metal band to follow. Comprised of vocalist Ozzy Osbourne, guitarist Tony Iommi, bassist Geezer Butler, and drummer Bill Ward, the band really set the standard of what is expected in the heavy metal genre with this, their eponymous debut album released in 1970.

The album opens with the band’s title song, Black Sabbath and is simply one of the darkest, most haunting songs every composed by human kind. The simple guitar notes conjure up images of fog across a graveyard and the rolling drums imply a seriously foreboding atmosphere. When Ozzy’s vocals kick in, the effect is complete and his signature wailing really adds to the doom effect. As the song continues it speeds up and the feel of sheer panic reverberates through the speakers. Songs that can elicit serious emotion in people are rare to find. Here is one of the best, it is simply astounding. 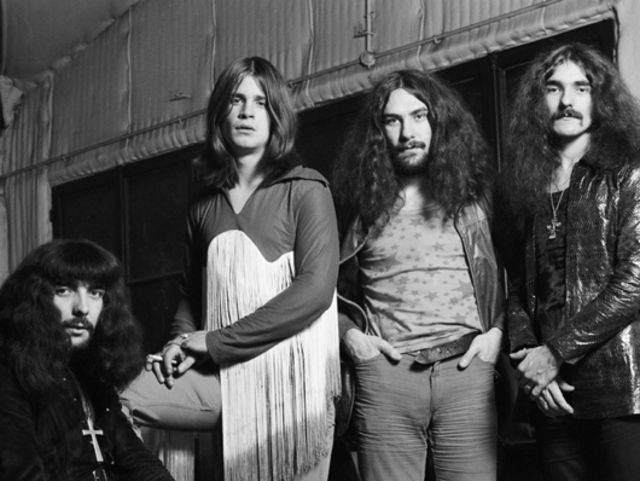 Next up is The Wizard, a song which is a slight departure from the previous song, yet still keeping a dark theme. Beginning with a harmonica line to create the atmosphere, a misty morning image is conjured up. This song’s subject is a wizard who wanders the land, casting magic as he goes and the effect created by the music certainly brings that image to mind. Iommi’s guitar in particular is astounding in this song and backs up the vocals perfectly. The tight rhythm section of Butler and Ward really hold the song together with Ward’s fantastic fills adding serious percussive colour.

Following this is the wonderfully bluesy Behind The Wall Of Sleep, which shows Sabbath’s roots as a blues and R&B band. The groove in this song is fantastic and consistent, which allows Ozzy’s vocals to float over the top and create an eerie effect. The simple guitar riffs here bring the song out more and allow it to flourish. This song was one of the highlight’s of Sabbath’s Download 2012 headlining set last year, and it is good to hear the live version was so faithful to this album.

Up next is N.I.B. which kicks off with a fantastic bass solo, and it’s funk factor is up there with any Motown bassline in history. The bass then distorts and leads the guitar and vocals into a rip-roaring blues-metal song. Ozzy’s vocals take the lead as the song goes on, really showing the strength of having a truly unique frontman.

Next track along is Evil Woman, a real old school rock and roll song. This song just swings from start to finish and it’s groove belies Sabbath’s evil subject matter, regarding a devil woman who plays games with all the men in her life. This is quite a relatable topic for the fans of the music, and allows Sabbath to reach a more commercial audience, with the rock and roll sound and the identifiable lyrics. This is probably the surprise highlight of the album. 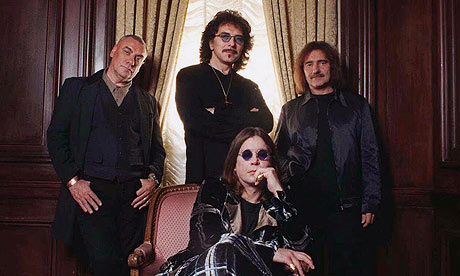 Following on from this is the dark, haunting acoustic-led Sleeping Village. After the spooky intro a heavy slow tempo descends with quite an upbeat feel. It is an interesting combination and shows Sabbath’s true musicianship and versatility as a band. The song then breaks down into a jazz type pattern where the shuffling drums anchor a wonderful guitar lead line. It’s just a fantastic aural experience and totally unexpected.

Then we come to Warning, a fantastic dark blues song. Ozzy’s vocals are on top form here and fly over the top of the wonderful guitar line, contrasting yet complimenting each other. The chorus in particular has a fantastic melody which gets stuck in the head of the listener for days. The amazing guitar solo is a treat for the ears and further serves to remind that Tony Iommi is one of the greatest and most influential guitarists of all time.

Finishing the album is Wicked World which is just classic Sabbath; dark and bluesy rock and roll, with fantastic progressive mid sections. The chugging guitar underpins a shockingly simple vocal melody and this is one of the most catchy songs on the album. The song then delves into completely progressive territory and becomes an utter masterpiece. What a fantastic way to close an album.

In closing, this is most likely the greatest debut of all time. 42 years on from its release, it still inspires and entertains listeners in equal measure. For a debut album to become this important to the future of a genre is almost unbelievable. Then you remember it is Black Sabbath. The band that started metal. Without them, there would be no true heavy metal, and for that, we should be eternally grateful.

FOR FANS OF: Any metal band. Ever.