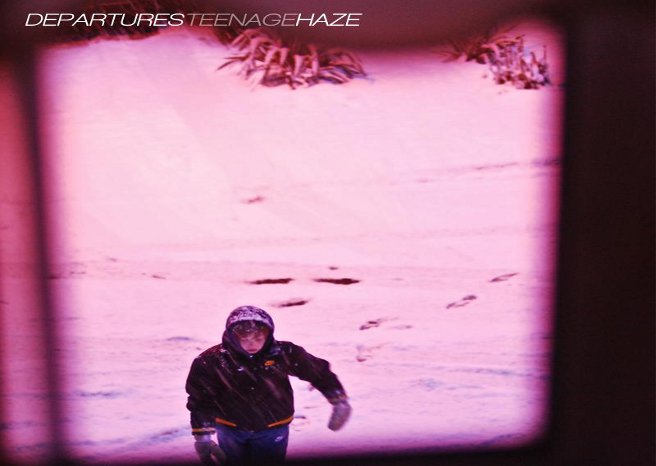 I’m not usually a fan of melodic hardcore, I often find all the twists, turns and taking the scenic route incredibly tedious. I’d love to say exactly the same about Departures latest release, but I can’t. If there are any melodic hardcore cynics out there reading this, this might be the album that changes your mind. Hopefully it’s not a gateway drug and we all end up shaking and listening to anything that Tumblr throws at us.

The press pack sent out describes their sound as somewhere between “modern hardcore and 90’s emo” and for the most part this is pretty accurate. If you’re a fan of the recent surge of modern pop punk bands that are making their marks on the scene, then you’ll most likely enjoy Teenage Haze. The album retains a passionate and adult atmosphere, without sounding too serious, drawn out or boring.

All of the generic melodic hardcore slowed tempo and twiddly guitar riffs never out stay their welcome, and the pace is quickly picked up again without any of the songs limping to a finish. The twiddly guitar bits are spaced out and varied enough that, regardless of their nature, they never have a chance to become boring and weigh the songs down anyway. Even the interlude Teenage Haze slots perfectly into the album.

The production suits the album brilliantly, with Teenage Haze not being over polished and squeaky clean, it gives the songs depth and the sense of them being performed live. The overall feel that if you saw this band live, everything would sound the same, or better. Probably better because you’d get to see them posi-jump (or not so posi jump judging by the lyrics) and you could finger point and mic grab until you are exhausted from being part of the scene.

A terrible lazy generalisation of the sound of this album would be Touché Amoré crossed with La Dispute, but that’s not at all strictly true because Departures really have a sound of their own. They’re distinctive, and I think that’s bloody impressive considering the genre they’re playing.