Our People Versus Yours Interview 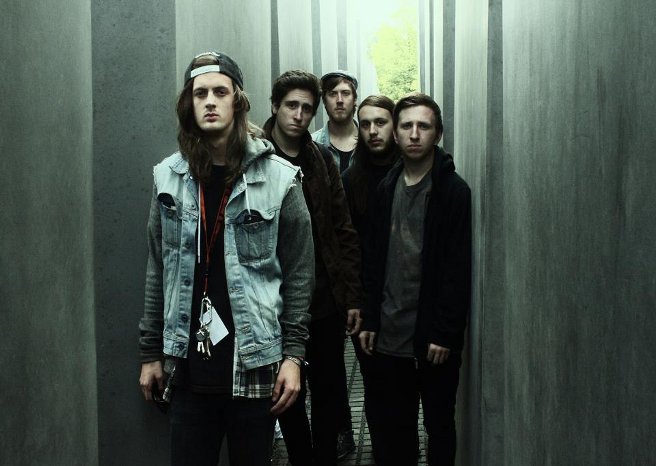 Our People Versus Yours are an Essex-based post-hardcore/metal quintet formed in 2008. Their EP ‘Lights’, released in 2011, has received widespread critical acclaim, and now they are back in 2012 having just finished recording their début album.

With an EP already released are you excited about the prospect of releasing a full length album?

The prospect of releasing a full length album is extremely exciting, this is something we’ve all wanted since we were kids but didn’t ever think we’d see it realised. I think the mentality when writing / recording an album is different, you start to think of it as a whole rather than a collection of songs, meaning you can bring more ideas to the table and perhaps try things you haven’t tried before. In some ways it really feels like the culmination of 5 years’ worth of hard work.

It was a strange experience. We’ve never undertaken such a large project before and in some ways it was stressful, but it was also one of the most exciting things we’ve done. There’s obviously a lot of songs, lot of instruments and a lot of parts to record and it can be confusing at times, especially in the early stages. Trying to figure out what you’ve got left to do and if you’re going to be able to cram everything in etc… Near the end however, everything starts to come together nicely and you get to hear the fruits of your labour which is an awesome feeling. We feel as if we’ve done a few things differently and maybe even taken a few risks but we’re happy with the choices we made.

The bands style has changed over recent times, how would you describe the band’s sound now?

I’d say we’re still a very eclectic band, we have a large variety of influences so it’s hard to pin us down completely. In the past we were less focused but eventually we found “the sound” that worked for us. I’d say it’s somewhere between Norma Jean and 30 Seconds to Mars.

How have fans reacted to the change?

I’d definitely say positively overall. When we first started the band we were fairly heavy anyway, and I think people were actually a little disappointed when we brought some melody in. We just spent a lot of time writing new music and finding a way to mix the melodic parts with the heavy parts and found something in the middle that fans can really resonate with. 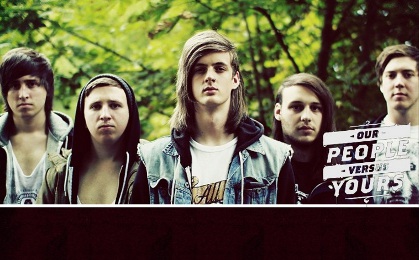 You’ve toured around with lots of amazing bands, whose been your favourite band to tour with?

This year has been incredible for tours so it would pretty much have to be all our buddies in Silent Screams, Villa Rise, Across the Ocean and Lay Siege. I don’t think we could single out one band in particular, but our favourite country so far is most definitely Belgium!

You are playing a London show with Hawthorne Heights at the end of October, how are you preparing for the show?

We’re actually applying some final touches to the album so when we’re not in the studio and not at work trying to make up for lost hours from touring, we’ll be in the practice studio trying to write a new set for this show and upcoming tours!

At this show are you going to be premièring any material from the forthcoming album?

We don’t play any of our material before our “lights” EP as we don’t feel it represents us as a band any more  So we’ve been touring with some material from the album for quite some time. When it comes nearer to the time of actually releasing the album, we will start premièring a few more songs.

Do you like your home town of Essex? How did you find living there whilst trying to establish the band?

Essex is producing a lot of quality bands all the time and our home town is actually the birth place of some incredible band and a good community built around our local practice space, Sound lab studios. Shows here aren’t as great unfortunately, although there’s a large number of prestigious venues, none of them ever seem to get that busy and there’s not really a lot of places to go to decent “local” shows, which is a real shame. Most of the good shows are held elsewhere in major cities so most people seem to just travel to London.

As was mentioned, Our People Versus Yours are playing with Hawthorne Heights on the 28th of October at the Barfly in Camden, London.