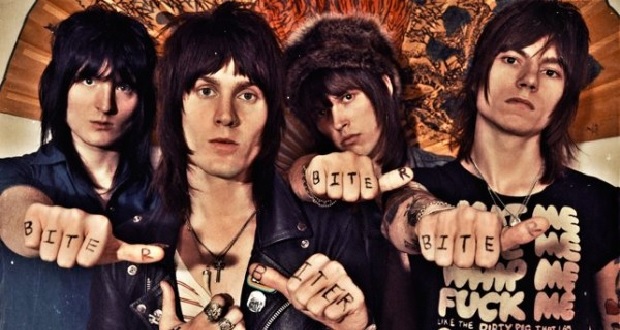 Following the earlier release of lead single ‘Stone Cold Love’, Atlanta rock act Biters have unveiled a second single from their upcoming studio release ‘he Future Ain’t What It Used To Be’

The album, set for release on 19th May via Earache Records, has been produced by Dan Dixon, and is the follow-up to their 2015 release “Electric Blood”.

Biters have recently returned from their European tour with Blackberry Smoke, which saw them perform 24 dates in front of approximately 50,000 fans. A special limited edition vinyl 7″ of ‘Stone Cold Love’ will also be available ahead of the album’s release on Record Store Day, on 22nd April.

You can check out the brand new track vrom Biters in the video below.