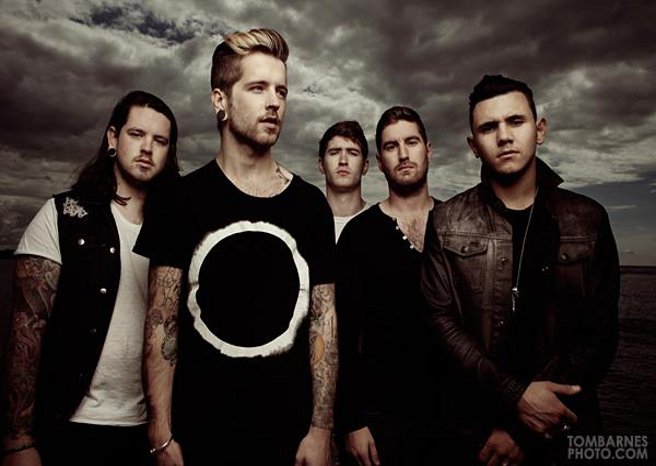 Southampton-based metalcore crew Bury Tomorrow have announced that they have parted ways with their guitarist Mehdi Vismara (far right in the above photo).

In a statement on the band’s official website they said:

So as many of you already know, we have decided to part ways with our guitarist Mehdi.
The reasons are mainly personal differences, it was more apparent now than ever that if we were going to move forward, this decision needed to be made now.

We wish Mehdi the best of luck, and there is no animosity between us, we are truly thankful for everything he has put in to BT.

As for a replacement, we will have an announcement on that soon!
But in the meantime, we will be writing and looking forward to playing for all of you in 2013!
Jase, Dan, Dav, Jacko.

Obviously this news is incredibly sad, as Mehdi was an exceptional guitarist, and we here at RAMzine would like to wish both him and Bury Tomorrow the best. Thankfully this doesn’t look like it will be the end for Bury Tomorrow who will be heading out on the Rocksound/Impericon Exposure Tour as main support to The Ghost Inside.