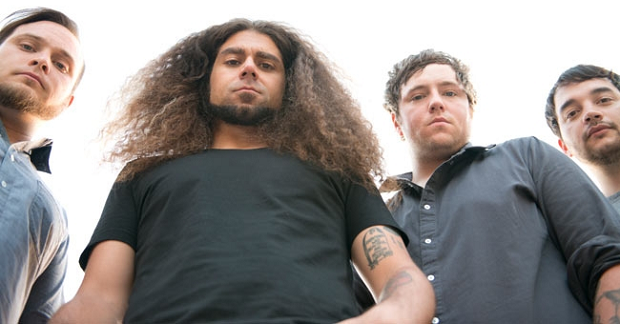 Coheed and Cambria have officially announced a UK Tour to Celebrate their latest album, set to be released in October this year, containing 15 songs and titled The Unheavenly Creature.

Newly signed to Roadrunner, the band are returning back to their roots and continuing in line with previous albums, which have a conceptual theme and are part of a sci-fi saga called The Amory wars. Fans are being given the opportunity to pre-order the album, with limited edition signed copies and box set bundles, which include an illustrated sci-fi novel by Chase Stone, an exclusive Bonus CD, The Crown Heights Demos, featuring early versions of the songs, and an exclusive “creature” mask designed by lead singer Claudio Sanchez.

Leading up to the Album the band released a 10-minute prog manifesto, ‘The Dark Sentencer’, which was leaked to fans by front man Claudio Sanchez and can be viewed below:

The Tour kicks off in October with Support from Californian progressive act, Chon. Tickets are on sale now!

The album, The Unheavenly Creature, is officially released on 5th October 2018.