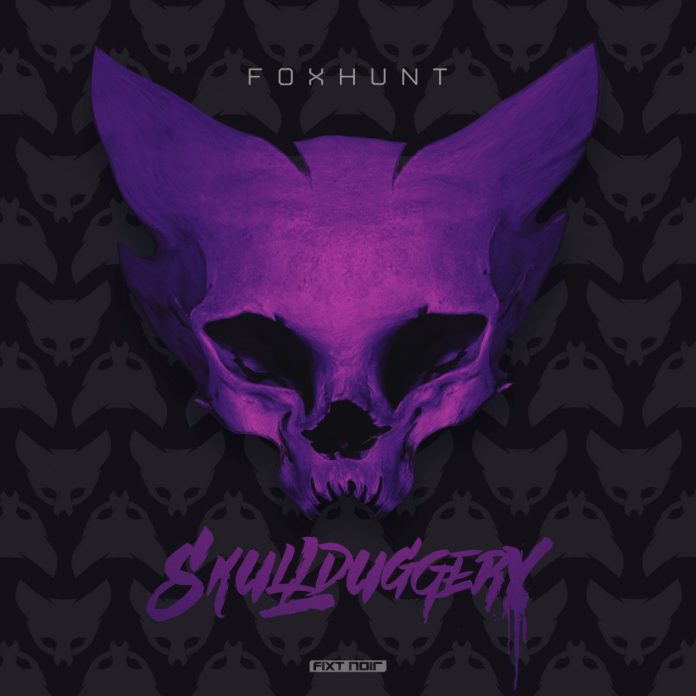 On this track, Foxhunt channels the sound that defined much of EDM in the early 2010s: blood-pumping, punchy house beats, and sinister synth melodies. A nonstop thrill ride from start to finish, where there’s nothing but energy flowing between its hellish, chord driven drops and intricate climaxes, with cleverly intertwined electro basses.

“’Skullduggery’ is a dark electro track inspired by classics such as Feed Me and Al Bizzare!” said Foxhunt.

Foxhunt is best known for his songs ‘Castlevania’ and ‘The Undead’. A semi-finalist in deadmau5’s New Artist Competition on MasterClass in 2017 for his song‘Dancing With Wolves’, he is currently working with Wolfgang Gartner on a sample sharing website.

FiXT’s catalogue of music has garnered over 2.5 billion online streams connecting with a core audience of gamers, sci-fi enthusiasts, and comic book fans and serves a worldwide fanbase in over 150 countries, reaching millions of listeners each month. It has received over 1,000 Film/TV/Video Game and advertising sync placements.

You can purchase/stream ‘Skullduggery’ here and check out the video here at RAMzine.