Gravity Festival UK 2019 – a celebration of melodic hard rock – is being held at The Station in Cannock, Staffordshire  on 19th October and is already looking to be a sold out event.

Headlined by award-winning Glaswegian act Mason Hill in what will be their last show this side of the border this year, The band will be joined by rising stars such as Dead Man’s Whiskey, Collateral, The Burning Crows, Wicked Stone, 4th Labyrinth, Fugitive, Trident Waters, Mad Haven, Jesse’s Divide and False Hearts.

As reported at RAMzine here, The Station is proving a popular venue having hosted The Magnificent 7 Festival back in May. A central location, with easy parking within a 2 minute walk, disabled facilities – in addition to great sound and a competitively priced bar helps no end in a time when so many established venues are being forced to close.

Gravity Festival UK 2019  will take place on both the afternoon and evening and include an air guitar competition and guest DJ sets alongside the live bands performing, with Pete K Mally as special guest compere for the day.  It is being sponsored by Marshall, Body Art Advertising, WDFD Records and The New Wave of Classic Rock Facebook Group (NWOCR).

“Whilst being a London band we’ve always said The Midlands feels like a second home, so we can’t wait to return on 19th October and give Cannock a night to remember,” said Dead Man’s Whiskey’s Nico Rogers.

“We’re also super excited to be joining such a strong bill, with Mason Hill and Collateral to name a few, so we want to give a massive shout out to KOL Promotions for putting this together. Expect a balls-to-the-wall rock ’n’ roll show with brand new material and a few surprises in between. See you soon!”

The Burning Crows are also enthusiastic saying, “This’ll be our first time at The Station for the first ever Gravity Festival and we’re genuinely buzzing for it. Grab your tickets. Bring a friend. Be there.” And you can do that right now by ordering your tickets for Gravity Festival UK 2019 by clicking here. 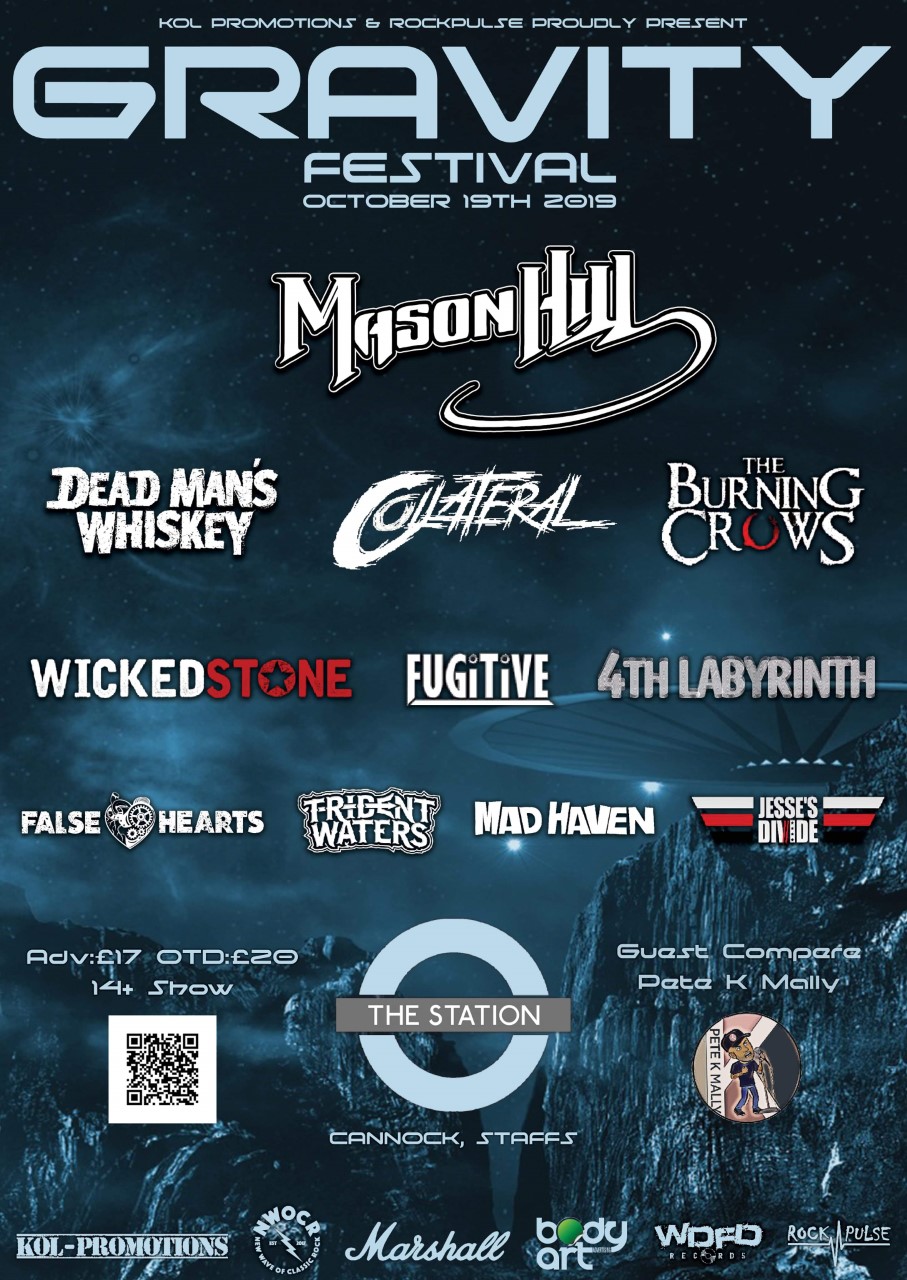